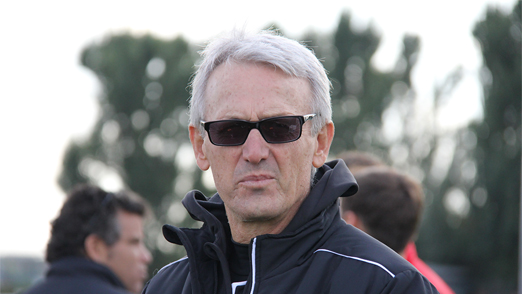 Tuesday’s Men’s International Friendly against Australia in London, ENG (local kick-off 20.00) will be just another early step down the road to success that head coach Benito Floro is hoping to guide Canada’s Men’s National Team.

For his third game in charge, Canada will be taking to the field against an Australian team that is going through its own transition, having just parted ways with former Canadian Head Coach Holger Osieck.

It’s still a formidable task, however, as Australia has already qualified for the 2014 FIFA World Cup™ and will be looking to right the ship en route to Brazil.

But Floro only wants to worry about his own team.

More than 30 players were involved in Floro’s first camp as Head Coach. The first two games were against Mauritania in Spain and saw Canada play them to a scoreless draw and a 1:0 loss during a camp in September 2013.

Midfielder Atiba Hutchinson left the Canadian team over the weekend to return to his club team in Turkey to deal with a minor injury that he had picked up prior to arriving in London.

Floro now has 20 remaining squad members at his disposal, and the coach is keen to use Tuesday’s friendly against Australia as another opportunity to get all players in the Canadian system on the same page when it comes to how Canada plays.

“We will need more camps and matches like this to continue our progress,” said Floro.

“It is not just a question of one week or one camp. We will need more time for the things to come together.”