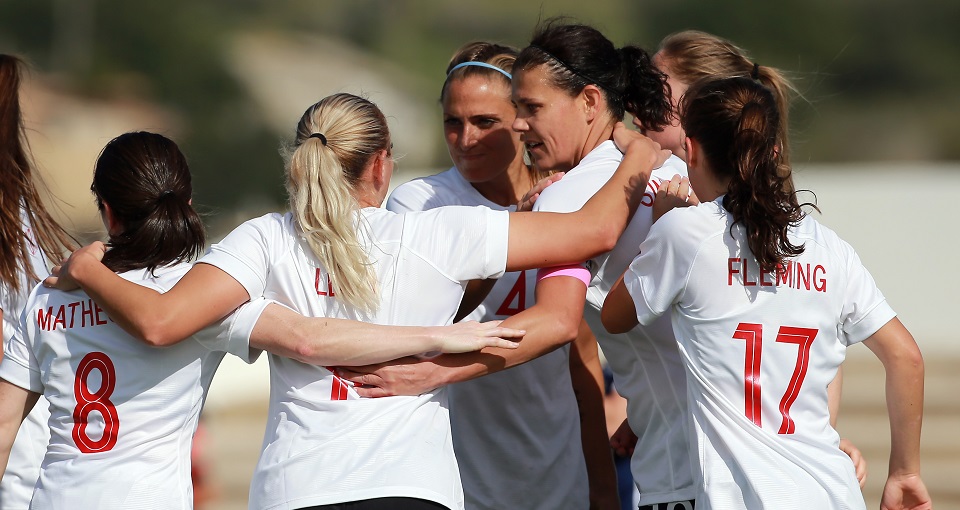 Canada Soccer and the Canadian Soccer Players’ Association which represents members of Canada Soccer’s Women’s National Team have reached a two-year compensation agreement through 2020.  The […]

“Canada Soccer is committed to supporting our Women’s National Team players and their goal to reach number one in the world,” said Peter Montopoli, Canada Soccer General Secretary.  “This agreement symbolizes the professionalism of our players both on and off the pitch and is a continuation of a relationship founded on respect and dedication that has allowed us to collaborate for a mutually beneficial outcome.  We are extremely proud to be working alongside an incredible group of players and we are pleased to have come to a positive agreement with them that reflects the evolution and impact of the women’s game.”

The Canadian Soccer Players’ Association is made up of members of Canada Soccer’s Women’s National Team who are ranked fifth in the FIFA World Rankings. The association was formed in 2016 to formalise negotiations and to continue to foster an ongoing and positive dialogue with Canada Soccer, the governing body of soccer in Canada.

The agreement reflects a positive and fair partnership between the two bodies and represents the organizations’ mutual commitment to growing the opportunities for Women’s National Team players.

Diana Matheson, midfielder and Player Representative for the Players’ Association, welcomed the agreement.  “We are happy to have reached a two-year agreement that covers both the FIFA Women’s World Cup year, as well the Summer Olympics in 2020. We appreciate all the work that went into both sides reaching a deal, and I feel it is a very positive step in the relationship between Canada Soccer and our Players’ Association. We anticipate continued positive dialogue with Canada Soccer going forward, but for now we can turn all of our focus onto preparations for France 2019.”

Upcoming matches
Canada Soccer’s Women’s National Team are in its final preparations for the upcoming FIFA Women’s World Cup France 2019™.  Canada will face long-time foes England on 5 April in Manchester City, before returning home to play a special “Send-Off” match against Mexico in Toronto at BMO Field on 18 May at 13:00 ET/10:00 PT.  To catch Canada Soccer’s Women’s National Team at home before they head to France, visit canadasoccer.com/tickets for full information.

Canada will launch their FIFA Women’s World Cup™ campaign against Cameroon on Monday 10 June at Stade de la Mosson in Montpellier, France. Canada will then travel to Grenoble for their second group stage match on Saturday 15 June against New Zealand at Stade des alpes. Canada then concludes the group phase in Reims on Thursday 20 June with a match against the Netherlands at Stade August-Velaune.

At the last three major women’s tournaments, Canada finished third at the London 2012 Women’s Olympic Football Tournament, sixth at the FIFA Women’s World Cup Canada 2015™, and third at the Rio 2016 Women’s Olympic Football Tournament.
About Canada Soccer
Canada Soccer, in partnership with its membership and its partners, provides leadership in the pursuit of excellence in soccer, both at the national and international levels. Canada Soccer not only strives to lead Canada to victory but also encourages Canadians to a life-long passion for soccer. For more details on Canada Soccer, visit the official website at canadasoccer.com and for our most recent photographs, please visit our Flickr Photostream.