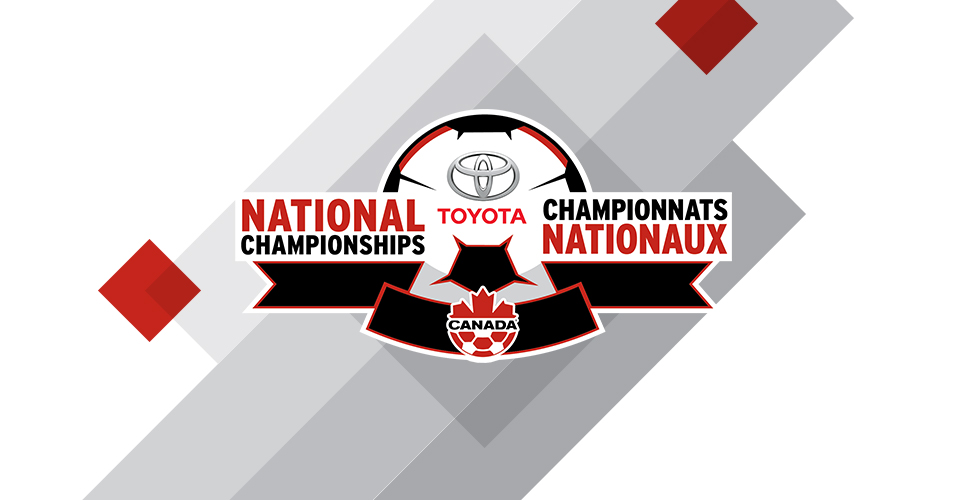 Canada Soccer has taken the difficult decision to cancel the 2020 edition of the Toyota National Championships scheduled to take place in three locations 7-12 October. […]

Canada Soccer has taken the difficult decision to cancel the 2020 edition of the Toyota National Championships scheduled to take place in three locations 7-12 October. The annual club competition for close to 2,000 male and female players, coaches, officials and volunteers was scheduled to take place in Halifax, NS (Challenge and Jubilee Trophy); Kitchener-Waterloo, ON (U-15 Cup); Moncton, NB (U-17 Cup).

In light of the ongoing impact of COVID-19, Canada Soccer in close collaboration with its Member Associations, took into account the regional realities of the requirements to host the competitions, as well as the challenges of completing qualification competitions due to the restriction of matches not being played in most provinces and territories.

“Since the suspension of all sanctioned soccer in Canada was announced on 13 March, we have worked closely with all of our Member Associations to ensure the safety of our players and the entire Canadian soccer community,” said Peter Montopoli, Canada Soccer General Secretary. “We are pleased that our Return to Soccer Guidelines are being implemented across the country to ensure a safe return to the pitch, but, collectively we agreed that players travelling from coast to coast combined with the threat of a second wave did not allow for us to ensure our top priority of safety.”

The competition is scheduled to return in 2021 with host cities for the 2021 Toyota National Championships being Surrey, British Columbia (Challenge and Jubilee Trophy) ; Montréal, Québec (U-17 Cup); and Ottawa, Ontario (U-15 Cup).

Canada Soccer has issued a Request for Proposals for the 2022-24 editions of its Toyota National Championships.