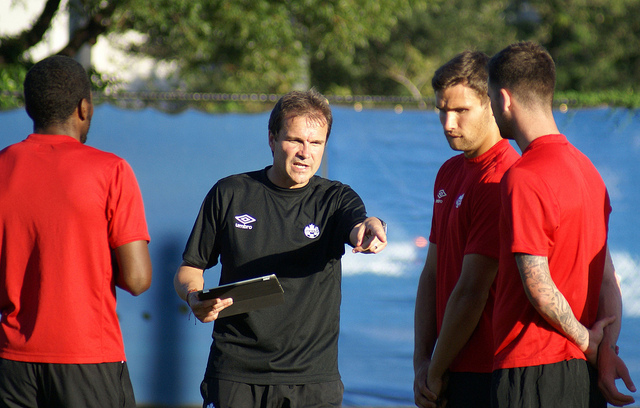 Fonseca has been selected as its new Technical Director

The Canadian Soccer Association is pleased to announce that Tony Fonseca has been selected as its new Technical Director.

As Technical Director, Fonseca will be responsible for the overall management and direction of the technical growth and development of soccer in Canada. As such, he will be in charge of setting a vision for all aspects of the game, including coach education, long term player development (LTAD), elite player development, and all other technical-related or sport specific initiatives.

“Having spent my whole life in the sport of soccer as a player, coach and administrator, becoming the Canadian Soccer Association’s Technical Director provides me with an incredible opportunity to apply this experience to further grow and develop the sport in this country,” stated Tony Fonseca. He added that “my priority will be to maximize the largest participation sport base in Canada by identifying current strengths as well as gaps and collaborating with the expanding network of soccer organizations in this country to create and enhance programs to ensure we are a successful soccer nation.”

A former Portuguese international with playing experience at the top levels of European soccer including participation in the UEFA Champions League, Fonseca began his youth career in 1978 with S.L. Olivais and moved on to famed club S.L. Benfica at both the youth and senior levels. He moved to Canada in 1999 to play for the Vancouver 86ers before starting his coaching career in 2000 following his retirement as a player. He became Head Coach of the Vancouver Whitecaps in 2002 and took on the role of the organization’s Technical Director in 2004. Fonseca holds a Canadian Soccer Association License A Coach certification.

With Canada’s National Teams, Fonseca served as Assistant Coach at the 2007 CONCACAF Gold Cup (Canada reached the semi-final stage), the 2008 CONCACAF Men’s Olympic Qualification Tournament (the team finished third), the 2009 CONCACAF Gold Cup (Canada reached the quarter-final stage) and most recently at the 2011 CONCACAF Gold Cup and Round 2 of the 2014 FIFA World Cup Qualifiers Brazil. He has also served as Canada’s Head Coach at the 2009 Jeux de la Francophonie in Beirut, LIB, the 2009 CONCACAF Men’s U-20 Championship in Port of Spain, TRI, and the CONCACAF Olympic Qualification tournament (U-23) in 2011 where Canada was one win away from moving on to London 2012 losing to eventual Olympic gold medalist Mexico.