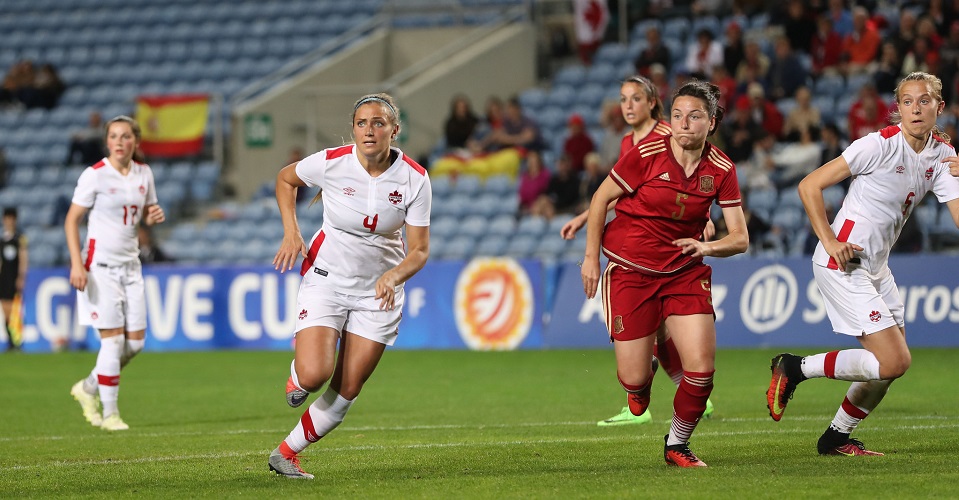 Canada Soccer’s Women’s National Team will return to the Algarve Cup, the prestigious annual international tournament in Portugal running from 28 February to 7 March 2018, […]

Canada Soccer’s Women’s National Team will return to the Algarve Cup, the prestigious annual international tournament in Portugal running from 28 February to 7 March 2018, for the third consecutive year.  The tournament will mark newly-appointed Women’s National Team Head Coach Kenneth Heiner-Møller’s first competitive matches at the helm with Canada having won the 12-team tournament in 2016 and finishing as runners up in 2017.

“Once again, we are bringing a young, hungry team, blended with more experienced veteran players to the Algarve Cup as we continue to expand our tournament expertise heading into the CONCACAF Women’s Championship later this year,” said Kenneth Heiner-Møller, Canada Soccer’s Women’s National Team Head Coach.  “The competition format is especially important for the upcoming CONCACAF tournament which will serve as the qualification route for the FIFA Women’s World Cup France 2019, as it will allow us to focus on how we prepare the team for quick turnarounds between games, adapt to different opponents in short periods of time, and reinforce on-field relationships and chemistry between players.”

Canada’s 23-person squad for the Algarve Cup includes 15 players who won Bronze at the Rio 2016 Olympic Games, including Diana Matheson who is returning to the squad after a 2017 injury.   Veteran goalkeeper Erin McLeod has also returned after recovering from an injury that sidelined her for the 2016 Olympic Games.

“We are looking forward to this tournament as each of the matches will present unique challenges and help us further develop as a team,” said Heiner-Møller. “We are expecting a strong opening match against Sweden, who we beat in April last year, but who have a new coach and some world-class players.  We faced Russia in this tournament last year and they showed some very strong defensive organisation, and Korea Republic are known for their very technical game, so we are pleased our group will offer us such diverse opponents and we are going have to perform in each match to get the result we want.”