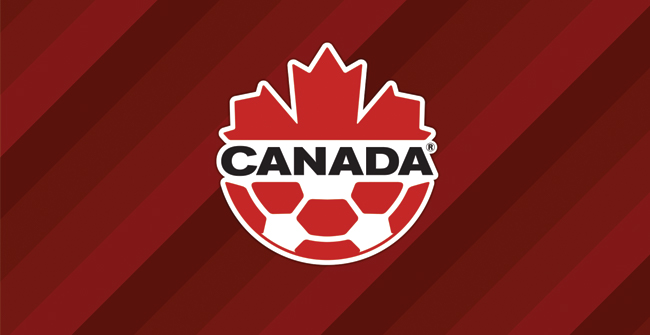 The 2018 Canada Soccer awards were celebrated on Saturday 5 May in Yellowknife, Northwest Territories after the Annual Meeting of the Members.   2018 CANADA SOCCER […]

The 2018 Canada Soccer awards were celebrated on Saturday 5 May in Yellowknife, Northwest Territories after the Annual Meeting of the Members.

Mr. Norm Odinga was an all-star and national champion in Canadian soccer, winning professional championships with the Edmonton Eagles and Vancouver 86ers as well as an amateur Challenge Trophy title with the Edmonton Ital-Canadians. He represented Canada in FIFA World Cup Qualifiers, a North American Nations Cup, the FIFA Futsal World Cup, and won a gold medal at the 1989 Jeux de la Francophonie.

Mr. Bob Sawtell has served the Canadian soccer community for more than 30 years as a national and international referee, instructor, and assessor. A former president of the BC Soccer Referees’ Association, he has served as a member of the Canada Soccer Referees Committee since 2003 and continues today as both a National Referees Instructor and Assessor.

Mr. Sawtell served on the FIFA List of Referees and Assistant Referees from 1990 to 1995 and was appointed to international competitions including the 1991 Concacaf Women’s Championship in Haiti, the FIFA World Youth Championship Portugal 1991, and the 1993 Concacaf Gold Cup in Mexico. At the 1993 Concacaf Gold Cup, he was the referee for the Final Match in front of more than 100,000 fans at the famous Estadio Azteca.

Mr. Sawtell is a Ray Morgan Memorial Award and Canada Soccer International Achievement winner, a BC Soccer Life Member, and an honoured member of the Canada Soccer Hall of Fame.

Mr. Dave Gantar has served on the Canada Soccer Referees List since 2004 and the FIFA List of Referees since 2011. Already a Canada Soccer International Achievement Award recipient, Mr. Gantar becomes the 27th recipient of the Ray Morgan Memorial Award since 1980. An official since age 12 at the Edmonton Minor Soccer Association, he became the first person to referee three Canadian Championship final decisive matches when he took charge of the 2017 final, second leg, in Toronto in June. As part of his duties in professional soccer, he served as the Video Assistant Referee for the 2017 MLS Cup final in December.

Over the years, Mr. Gantar has been appointed to officiate at just about every major competition at the professional, national and international level, including the Concacaf Men’s Under-20 Championship, the Concacaf Gold Cup, FIFA World Cup Qualifiers, and Concacaf Champions League.

Coach Michael Doyle has been an important figure in Canada’s north as both a Canada Soccer Competitions Committee member and Northwest Territories Soccer Technical Committee member. As chair of the Northwest Territories Soccer Technical Committee, he has provided leadership in aligning clubs, leagues, and communities in the territory. An NWT Soccer Life Member, he has been, in the words of his association, “dedicated to the development of youth soccer and the promotion of youth soccer in the north.”

As part of the Canada Soccer Recognition program, Ms. Francine Mérette was honoured for her 25 years of service to Canada Soccer.

Also noted that evening were the two newest members of the Canada Soccer Hall of Fame: Candace Chapman and Tomasz Radzinski. Both Chapman and Radzinski will be honoured later this year at home international matches.

Mr. Walter Sieber has been a key figure in international sport and soccer for more than 40 years. Serving as Director General of Sports at the 1976 Olympic Games in Montréal, he was a General Coordinator at six FIFA World Cups and two FIFA Women’s World Cups from 1986 to 2006. He was part of Canada Soccer’s bid committee for the 1986/1990 FIFA World Cup, was a vice-president of the Canadian Olympic Committee, and served as a member of the National Organising Committee for the record-breaking FIFA Women’s World Cup Canada 2015. He is a former recipient of the Canada Soccer Award of Merit and President’s Award as well as the Government of Canada’s Queen’s Diamond Jubilee medal.

Mike Traficante has been a player, coach and administrator in Canadian soccer for more than 40 years. As a coach, he led Edmonton Ital-Canadians to Challenge Trophy national titles in 1994 and 1997. He later served as President of the Alberta Soccer Association and was a board member of Canada Soccer. He was also a member of the National Organising Committee for the record-setting FIFA U-20 World Cup Canada 2007 and a Canada Soccer Award of Merit recipient.