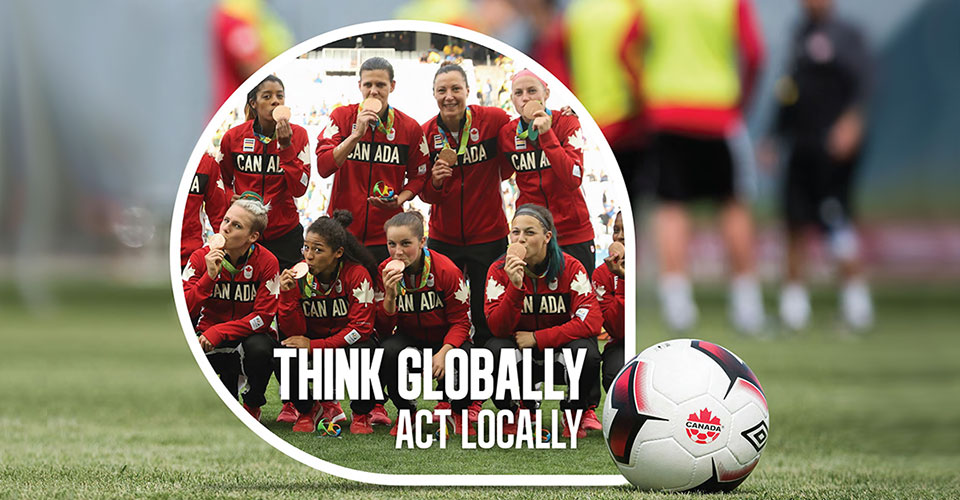 Canada Soccer has achieved another major milestone as a leading soccer nation with the Membership’s approval of the Canadian Premier League. The unanimous endorsement encourages Canada Soccer to further grow the game in our country through a professional league that is fully aligned with the National Teams Program.

The 2017 Annual Meeting of the Members also featured the election of Mr. Steve Reed as Canada Soccer’s 34th President. Mr. Reed will serve the remaining three years of Mr. Montagliani’s four-year term, who leaves the post after being elected President of CONCACAF.

“I would like to thank the Canada Soccer Membership for the opportunity as we continue the incredible momentum for the sport of soccer in our country,” said Steve Reed, President-elect, Canada Soccer. “This was an important day for our sport with the unaminous approval of the Canadian Premier League along with Hamilton and Winnipeg as new members of the Association and the overwhelming support for the 2026 FIFA World Cup joint bid with USA and Mexico. I look forward to serving the Membership and building on the legacy of Victor Montagliani’s leadership of the past five years.”

The Canadian Premier League has received expressions of interest from 10 cities from across the country to participate in an all-Canadian professional soccer league and will look to evaluate those candidates in the next few months.

Canada is positioned for unprecedented growth in the coming years, most recently signing a three-member CONCACAF agreement with USA and Mexico to submit a unified bid to host the 2026 FIFA World Cup™. The historic bid, which would represent the first time that three nations would jointly host a FIFA competition, has already received the unanimous support from CONCACAF’s 41 member associations.

Among those benchmarks was a bronze medal at the Rio 2016 Women’s Olympic Football Tournament, voted the Top Canada Soccer Moment of 2016. Canada Soccer’s Women’s National Team became the first Canadian team to win back-to-back Summer Olympic medals since 1908, in fact a first-time feat for a women’s Canadian team.

Canada Soccer continues to build momentum through its 2014-18 Strategic Plan – A Leading Soccer Nation. Canada Soccer is on track and aligned with respect to the implementation and execution of the sport’s four strategic priorities:
1. Invest in Technical Leadership
2. Ensure Consistent, World-Class Performances
3. Encourage and Oversee the Growth of the Game
4. Govern the Game in Canada Professionally in Collaboration with our Partners

The 2017 Annual Meeting of the Members also completes a five-year term by outgoing President Victor Montagliani, who continues in the sport as President of CONCACAF and Vice-President of FIFA. Mr. Montagliani’s contributions to the sport and Canada were outlined throughout the weekend.

“No one has committed more to Canadian soccer than Victor Montagliani and he will continue to be an important voice for the sport in our country,” said Peter Montopoli, Canada Soccer General Secretary. “I would like to thank Victor for his countless contributions, for his professionalism, his vision, his friendship, and, most of all, for his love of the game. We wish him well as he has been an inspiration for all of us in our great sport!”

“Canada Soccer has evolved into an organisation with a business mindset, one that recognises the importance of corporate partnerships, while still investing in the grassroots, in our people, and continuing to push the envelope on the high performance side,” said Victor Montagliani. “I have been honoured to have been a part of a team that, in the last decade, has taken an underestimated and undervalued Canadian football community and not only helped it find its voice, but made sure that voice was heard.”