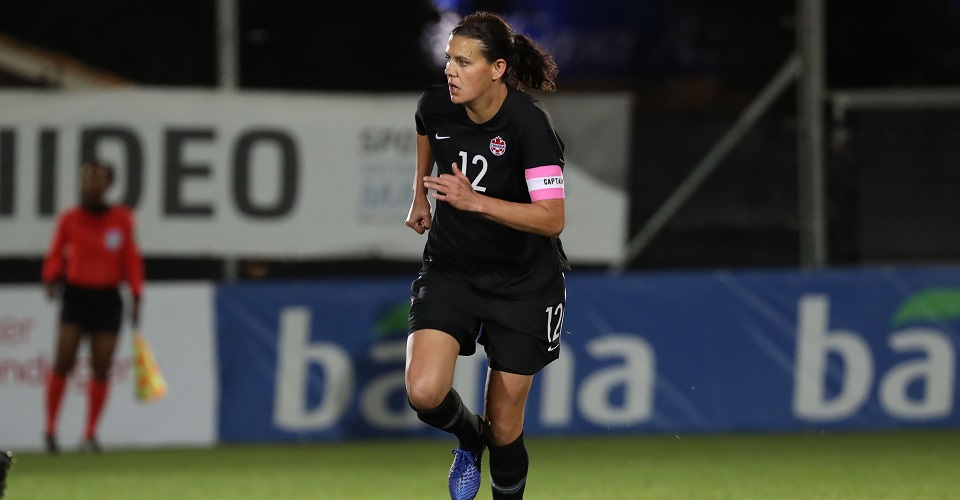 Canada Soccer’s Women’s National Team will head to Portugal with 23 players for its final tournament ahead of the FIFA Women’s World Cup France 2019™ that begins in June. At the 2019 Algarve Cup, Canada will face Iceland on 27 February followed by Scotland on 1 March before concluding the three-match competition with a final match on 6 March to determine its final rank in the tournament.

“We are bringing in a full squad of 23 players to take advantage of the multiple training sessions in addition to the three games of this tournament,” said Kenneth Heiner-Møller, Canada Soccer Women’s National Team Head Coach. “We are defintely using this as an opportunity to assess players for this summer’s squad, and to look at how partnerships are solidifying within the matches, not only for those who will form the core of our squad, but also as the finishers who will have a critical role stepping on to the pitch to make a difference in big games – ensuring we have the players that can bring that extra something that you need in a game to have an impact at a FIFA Women’s World Cup.”

As Heiner-Møller nears the selection of the 23 players who will represent Canada at the FIFA Women’s World Cup France 2019™, he has continued the strategy of bringing together a squad that balances experience and youth for the Algarve Cup.

With an average age of 26.16 years old, Canada’s side features five players with over 100 international appearances for Canada, two of whom have over 200.  Anchored by Captain Christine Sinclair with 275 appearances, Canada will benefit from the return of veteran Diana Matheson, with 201 appearances, who is returning healthy from a foot injury that sidelined the midfielder since the end of the 2018 Concacaf Women’s Qualifier last October.  Veteran goalkeeper Erin McLeod also returns to the squad after recovering from a foot injury last year.

“The return of Matheson and McLeod is great for the team both and off the pitch,” Heiner-Møller said after announcing his selections. “Both veterans are important people within our team, and important players with tremendous experience on the international stage,  so their return at this point is excellent news for the squad.”

Veterans Sophie Schmidt (177), Desiree Scott (136) and McLeod (116) bring vast experience, including muliple FIFA Women’s World Cup™ appearances.  In addition, six players on the roster have over 50 international appearances each for Canada, including Ashley Lawrence and Kadeisha Buchanan who are both only 23 years old, and 20-year old Jessie Fleming, all of whom represented Canada as teenagers at the FIFA Women’s World Cup Canada 2015™.  Three teenagers, Julia Grosso, Jordyn Huitema, and veteran striker Deanne Rose, who turns 20 during the competition will also join the squad for the Algarve Cup.

As Canada readies for June, several other FIFA Women’s World Cup sides will also be using the tournament to prepare. Seven of the 12 teams competing in the 2019 Algarve Cup are headed to the FIFA Women’s World Cup France 2019™ including China, Norway, Scotland, Spain, Sweden, and Group E opponents Canada and the Netherlands.  The other five participating teams are Demark, Iceland, Poland, hosts Portugal, and Switzerland.

With an eye on a possible third match against a FIFA Women’s World Cup contender, Canada is readying for two difficult matches against Iceland and Scotland.

“Iceland and Scotland are very compact teams that are hard to unlock and they both have dangerous counterattacks, so we know these are not going to be easy matches, or ones with a high scoreline,” said Heiner-Møller.  “Like us, Scotland is preparing for the FIFA Women’s World Cup, but for them it is their first time in the competition and they have a very talented team, who are certainly hungry to make an impact.  Iceland is also a very good team, with some very talented players who bring speed and pace.  Both these matches will be challenging, but great tests for us at this time in our preparations.”

While Canada is using the 2019 Algarve Cup as an opportunity to prepare itself for the bigger tournament later this year, Heiner-Møller is firm that the goal is to perform.

“We are looking to come out of the first two matches with six points and two good performances.  From there, we will adapt to a yet unknown opponent for our third and final match, but we are aiming for three wins and some steep competition along the way,” he said.

The full 2019 Algarve Cup schedule can be found at the following link:  fpf.pt.