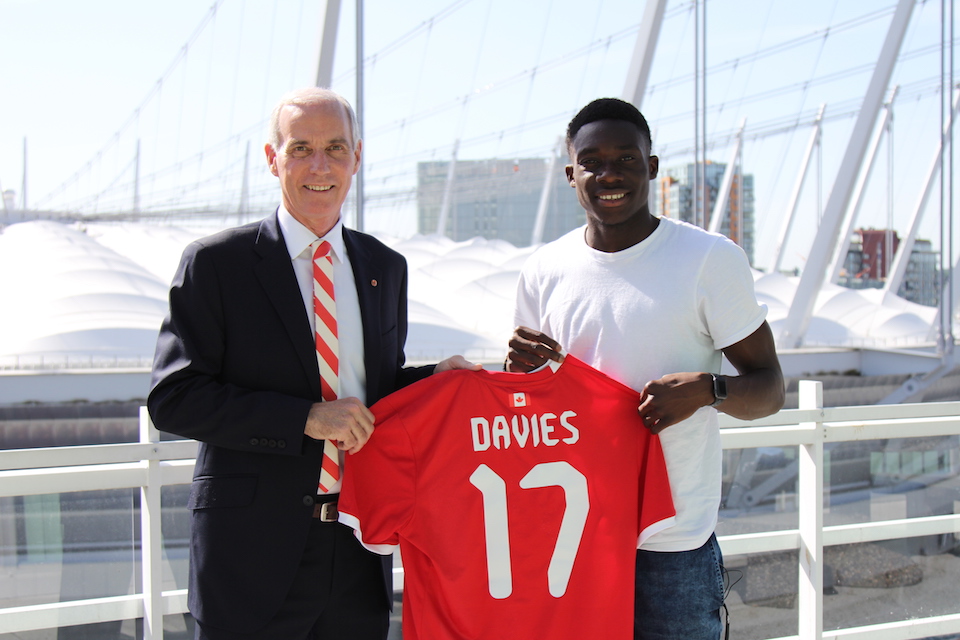 Canada Soccer welcomed Alphonso Davies as a new Canadian after the young footballer took his Oath of Citizenship at his Canadian Citizenship Ceremony.

The 16-year old midfielder, who has been part of Canada Soccer’s Men’s EXCEL Program since 2014, can now officially accept his first call up to the National Team Program ahead of a Men’s International Friendly match in Montréal.

“We are very proud to welcome Alphonso Davies into our Men’s National Team Program as a full Canadian citizen,” said Steve Reed, President of Canada Soccer. “Coming up through Canada Soccer’s youth system, he has worked hard to achieve his success and he will be a big part of our future.”

“We fled from war and lived in a refugee camp. Coming to Canada was a dream.”

Davies departs for Montréal where he will join an extended Men’s National Team roster training in Laval ahead of the 13 June 2017 Men’s International Friendly. He will look to impress the coaching staff with hopes of making the final squad for the match at Stade Saputo: from the full group of 28 players, Head Coach Octavio Zambrano will reduce the number of players on Friday 9 June after a Thursday intra-squad match.

“I am really excited to be called into Canada Soccer’s Men’s National Team,” Davies said. “Canada Soccer worked extremely hard to get me where I am right now and I am very grateful. I am really glad they took their time and put the effort in me in helping me get my citizenship.”

The international match is part of a three-match Summer of Soccer Series in Canada which includes a pair of Women’s International Matches in Winnipeg and Toronto. The Women’s National Team has matches against Costa Rica on 8 and 11 June ahead of the Men’s National Team’s return to Montréal on 13 June. All three matches will be broadcast live on TSN.

Davies has been a part of Canada Soccer’s Men’s EXCEL Program since 2014 when he was just 13 years old. He is currently a professional player with Vancouver Whitecaps FC. After making his pro debut at age 15, he became the youngest goal scorer in the history of the Canadian Championship at age 16 on 23 May 2017.

Before moving to Vancouver in 2015, Davies grew up in Edmonton, Alberta where he played for Edmonton Inter, Edmonton Strikers, FC Edmonton Academy, and St. Nicholas Soccer Academy. He was just five years old when he arrived in Canada, living briefly in Windsor, Ontario before moving out west to Edmonton. 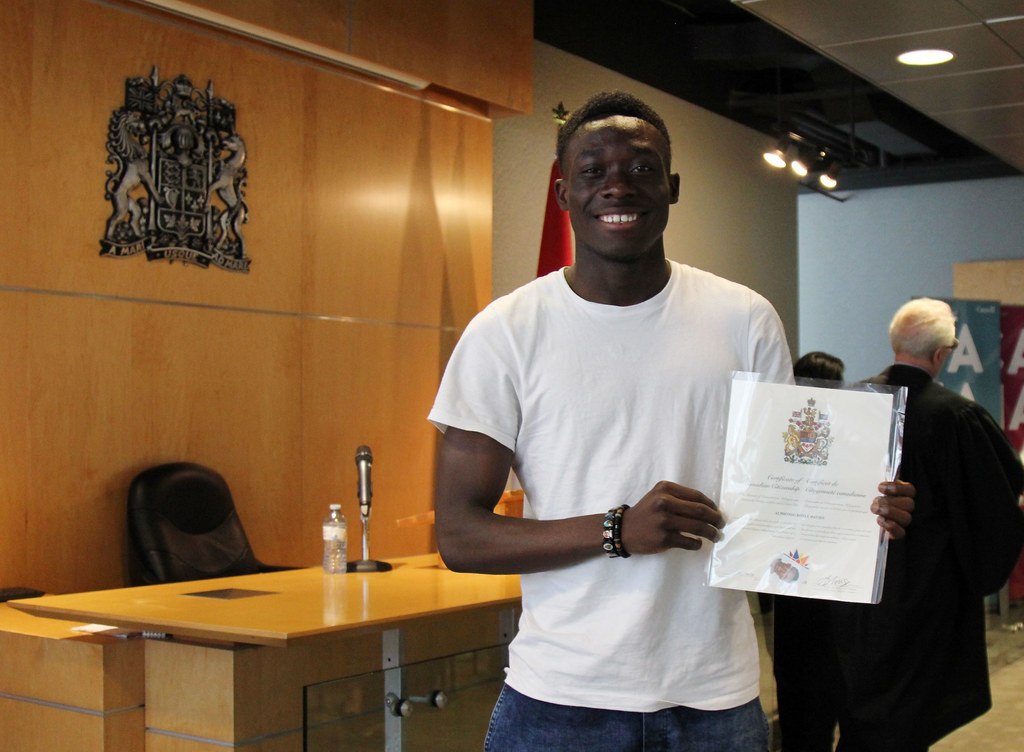 Tickets to the 2017 CONCACAF Gold Cup are available via concacaf.com. In Canada, fans can watch all of Canada’s matches on TSN. Fans can also follow the Canadian team across all of Canada Soccer’s digital channels.