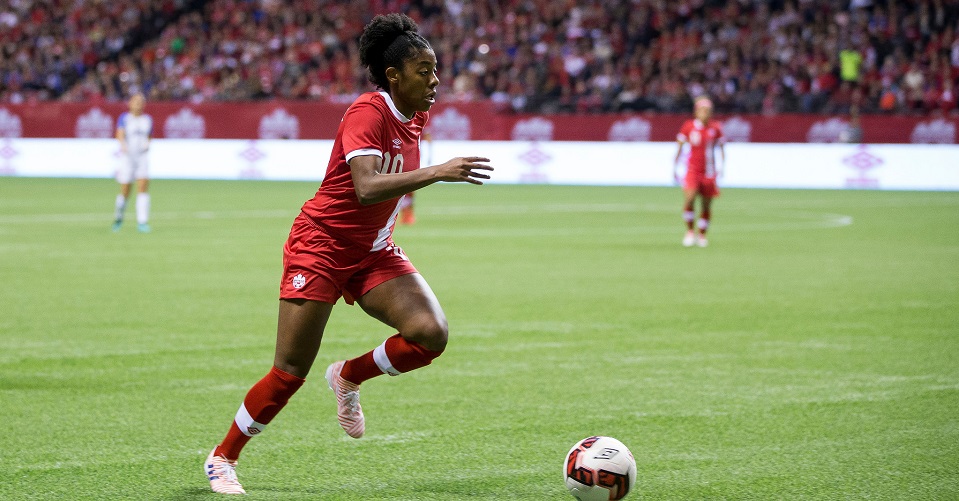 Fans will be able to watch the match live on CanadaSoccer.com.

Canada Soccer’s Women’s National Team will take on Norway in its final match of 2017 on Tuesday, 28 November at 13:00 ET/10:00 PT. Fans will be able to watch the match live on CanadaSoccer.com.
Coming off an exciting series against the world’s No.1 team USA earlier this month, Canada’s squad for the international friendly match against Norway has been fine tuned to include players who were unavailable against the USA due to professional commitments.
“It’s an exciting group, we haven’t had the likes of Kadeisha Buchanan, Sophie Schmidt or Shannon Woeller, for a good six months, and Erin McLeod for a bit longer, so having those players back in training and in meetings has brought a new energy and excitement to the group,” said Head Coach John Herdman. “We also have some new faces including Jenna Hellstrom and Amelia Pietrangelo who bring a new dynamic, so I think everyone is excited to be back together, and while we are still missing some key players in Jessie Fleming, Rebecca Quinn and Deanne Rose who are unavailable due to NCAA action, I think the group is positive and looking forward to a real tough match against Norway.”
Currently ranked fifth in the FIFA World rankings, Canada has posted solid results against tough teams throughout 2017 for a 6-2-3 record heading into its final match including a draw and a loss to world’s top ranked USA earlier this month, wins against Sweden, Russia, Denmark, Mexico and two against Costa Rica, and a second place finish at the 2017 Algarve Cup.
“We had a really good performance against the USA in the first match, and some positive moments in the second, so we are looking at working on some of the gaps we identified throughout that series, but we are also focusing on the things that worked well and we want to keep doing, albeit we have a different group of players, with some different skill sets,” said Herdman about his approach to the camp in Spain. “We are missing Jessie Fleming in the midfield, who had a stellar performance across the US series, but we have been able to bring in players like Ashley Lawrence, who we could potentially move into the midfield as well, so there are some new permutations and relationships that hopefully will bring some new ideas Tuesday.”
Canada Soccer’s Women’s National Team has never beaten Norway in international competition, and have only played them once since Herdman came on board resulting in a nil-all draw in 2013.
“Norway are a good team and for me they have always been a strong European powerhouse,” said Herdman. “If you look at some of their results this year, they’ve beaten England and Sweden, and drew with France. They didn’t quite find their form at the European Championships, but they are a very good team who are very well organized. From what we have seen they have a very young team and they will be bringing a lot of energy. I think both teams want to finish the year strong and that’s part of the motivation – going into the holidays feeling very good about the year and looking ahead to 2018, so Norway will be a tough test and we’ve never beaten them and that’s just added motivation for this group.”