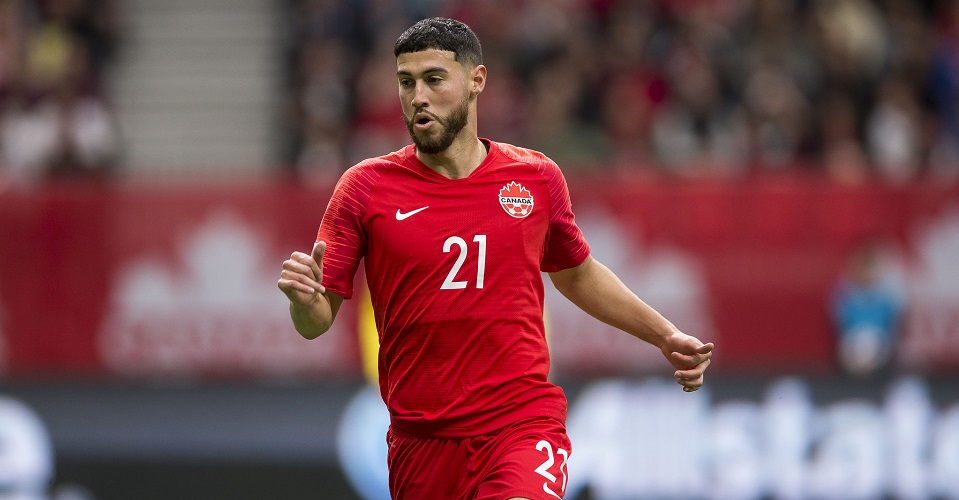 Canada Soccer’s Men’s National Team will hold a 12-day January camp to kick off the 2020 international season. The California-based camp will provide Canada Soccer with […]

Canada’s camp will feature a squad of players attached to professional clubs in Canada and USA ahead of the 2020 club season as well as several young players attached to clubs in Europe. The three matches provide the Men’s National Team with yet another opportunity to gain international match experience and build performance cohesion while also developing the cultural and tactical framework of the program.

“It’s a great way to start the year with three international matches and the opportunity to work with 26 players, including players who are new to the Men’s National Team or have been on our radar in 2019,” said John Herdman, Canada Soccer’s Men’s National Team Head Coach. “Outside of the FIFA window, it is a difficult period to assemble players due to club and off-season commitments, but this gives us the opportunity to introduce young players who we have monitored throughout 2019 and have continued to impress at the club or international level.”

Canada will face Barbados on Tuesday 7 January and Friday 10 January before then facing Iceland on Wednesday 15 January. Canadian fans can follow the team across Canada Soccer’s digital channels on Facebook, Instagram and Twitter, including behind-the-scenes coverage throughout their January camp abroad.

“When this Fall comes around, we will be in a demanding FIFA World Cup Qualifiers campaign either through the Concacaf Hex or Concacaf’s alternate qualifying route, so these three matches will give us valuable international experience, especially for our depth. It will also give us an opportunity to gain some valuable FIFA ranking points, so we have to thank the many professional clubs for their support in releasing their players to represent their country.”

The momentum continued for Canada Soccer’s Men’s National Team in 2019, a year that was highlighted by a historic October victory over USA for the first time in 34 years. Canada set or tied Men’s National Team records for competitive wins in a season (six), goals in a season (28), goals at a Concacaf Gold Cup (14), and goals in a home match (six). They also set or tied records for consecutive wins (six) and consecutive games with a goal (13), both set across 2018 and 2019. Across nine matches in Concacaf Nations League and Concacaf Gold Cup action, Canada’s international “A” record was six wins and three losses.

This marks the second time that Canada faces Barbados, with the two nations having previously met also in the January window back in 2004 when the Bajan Tridents hosted Canada in Bridgetown, Barbados. Canada won that match 1:0 on the strength of a Carlo Corazzin first-half goal. In 2019, Barbados posted an international record of four wins and three losses, including qualification to Concacaf Nations League B and the 2021 Concacaf Gold Cup Qualifiers.

This marks the fourth time Canada faces Iceland, with the two nations most recently having faced each other in a pair of January friendly matches in 2015. Including a previous encounter in August 2007, Canada have two draws and a loss in three international matches against Iceland. In 2019, Iceland posted an international record of six wins, three draws and three losses, including qualification to the UEFA Euro qualifying playoffs in March 2020.

KICK OFF TO 2020 INTERNATIONAL SEASON
Jonathan Osorio, Samuel Piette, Tosaint Ricketts and Russell Teibert are among the experienced Canadian-based players in the squad, each with 25 or more international appearances to their credit. Osorio plays for Toronto FC, Piette for the Impact de Montréal, and Ricketts and Teibert both for Vancouver Whitecaps FC.

Jayden Nelson, the 2019 Canadian Youth International Player of the Year, is the youngest in the squad at just 17 years of age. Nelson (Toronto FC II) is one of six players who has earned his first call up to the Men’s National Team, along with Theo Bair (Whitecaps FC), Zorhan Bassong (Cercle Brugge KSV in Belgium), Tristan Borges (Forge FC Hamilton), Charles-Andreas Brym (Belenenses SAD in Portugal), and Jacob Shaffelburg (Toronto FC).

Noble Okello is the other teenager in the squad at 19 years of age. Along with the six debutants, Marco Carducci (Cavalry FC), Amer Didić (FC Edmonton), Okello (Toronto FC), James Pantemis (Impact de Montréal), and Shamit Shome (Impact de Montréal) are the other young Canadians hoping to make their international “A” debut in January.