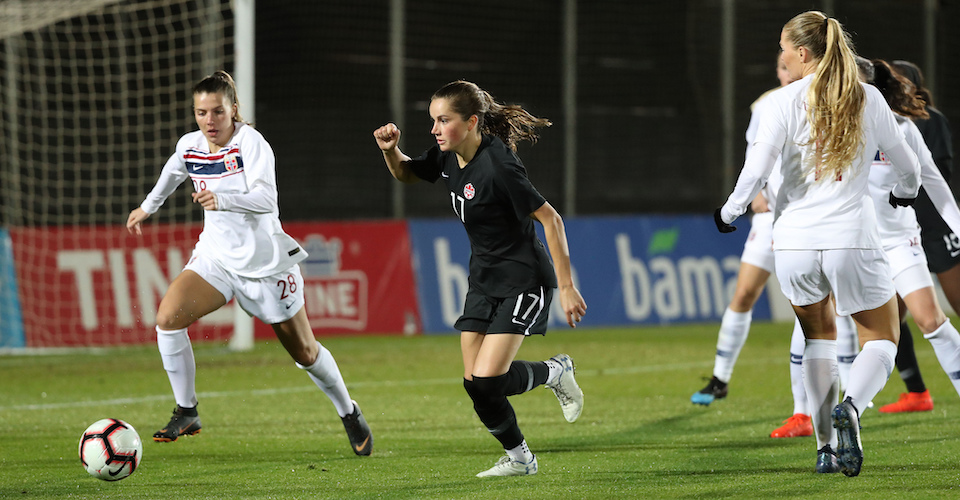 With just over 100 days to go before the FIFA Women’s World Cup France 2019, Canada Soccer’s Women’s National Team are in final preparations to be […]

With just over 100 days to go before the FIFA Women’s World Cup France 2019, Canada Soccer’s Women’s National Team are in final preparations to be ready to peak when they hit the pitch in June. With three matches at the Algarve Cup, and a friendly against England 5 April in Manchester already announced, fans will have lots to look forward to as Canada gears up for the pinnacle event in women’s sport.

With just over 100 days to go before the @FIFAWWC, #CANWNT is in full gear! Canada will face Iceland on 27 Feb & Scotland on 1 March with a third match on 6 March at the Algarve Cup.
Watch all Canada’s matches on https://t.co/QAm3Fwds6b pic.twitter.com/ODtc2ZMe1l

Ranked 5th in the FIFA Women’s World Rankings, Canada will face off against Iceland in its opening match of the 2019 Algarve Cup on 27 February at 13:15 local (08:15 ET/05:15 PT). Canada will then face Scotland on 1 March before concluding the three-match competition with a final match on 6 March to determine its final rank in the tournament.

“Both Iceland and Scotland are difficult to break down defensively, and they have some very talented individual players in the middle who we need to pay close attention to, both when we are attacking and when they have the ball. Even though both teams are ranked below us, they are both teams we need to take very seriously,” said Head Coach Kenneth Heiner-Møller. “Our objective going into the first match against Iceland is definitely to make sure we look like Canada, more than anything. We have been reviewing Iceland, but our major goal is to impose our game on them, and further our preparations for the FIFA Women’s World Cup while here.”

Seven of the twelve teams competing in the 2019 Algarve Cup are headed to the FIFA Women’s World Cup France 2019™ including China, Norway, Scotland, Spain, Sweden, and Group E opponents Canada and the Netherlands, giving Canada an excellent opportunity to review potential competition, but also to fine-tune Canada’s tournament strategies.

“We’ve been preparing for the Algarve Cup with a focus on how we build towards the FIFA Women’s World Cup, as this is our last tournament before we head to France,” said Heiner-Møller. “We’re are getting valuable tournament experience here where you play one team and then quickly have to prepare for the next one, which will certainly benefit us when we get to the FIFA Women’s World Cup.”