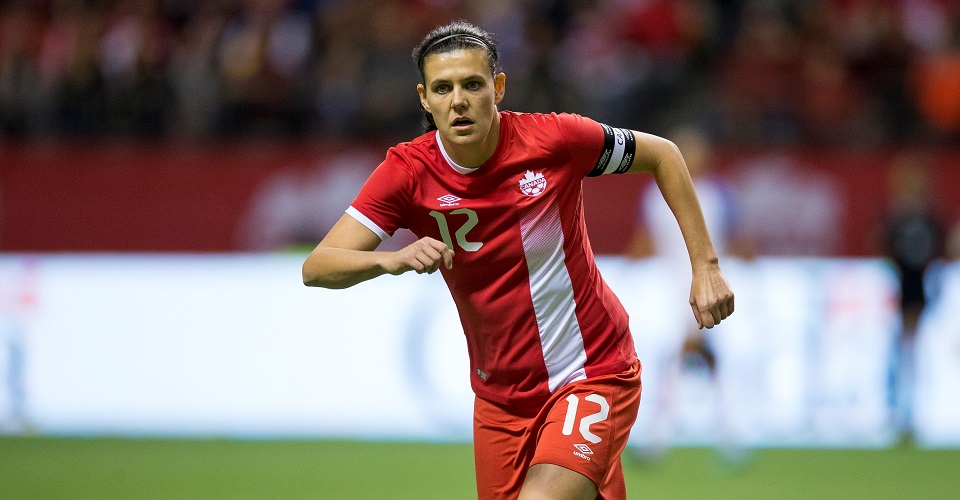 Canada Soccer’s Women’s National Team will play its final match of 2017 against Norway on 28 November in Marbella, Spain.

The roster for the international friendly against Norway includes a number of players who were not available for the recent US series due to European club commitments, including Kadeisha Buchanan, Sophie Schmidt, Erin McLeod, and Ashley Lawrence, who did play in the first of the two US matches earlier this month.

“We’ll be bringing in all our top players from the European leagues as well as the NWSL, so it will be a strong squad for the match, but still not the final group as we have three key players who are doubtful due to competition in the NCAA championships,” said Head Coach John Herdman.  “Norway are a top European team.  This match is about ensuring those players who have not played together for six months, like Buchanan and Schmidt, get game time under their belt before we head into 2018 and the CONCACAF FIFA Women’s World Cup qualifying tournament.”

Canada Soccer Women’s National Team long-time goalkeeper Erin McLeod has returned to the roster after recovering from an ACL injury picked up in 2016.

“This has been a real journey for Erin.  She did a great job for the team in qualifying us for the 2016 Rio Olympics and we were all heartbroken when she couldn’t make the trip with us to Rio, but we told her it was important for her to take her time and not to force anything and that we would slowly bring her back at the right time, and I think now is the right time,” said Herdman.

Herdman has also added two new faces to Canada’s roster with the inclusion of Jenna Hellstrom and Amelia Pietrangelo.

“Jenna Hellstrom came on to our radar earlier this year.  We’ve always said that players who play in the top teams in Europe would be scouted and Jenna has showed well for Rosengård when she’s played this season and she’ll get a good assessment at this camp in Spain,” Herdman said.

Pietrangelo, who was a member of Canada’s gold medal winning squad for the 2011 Pan American Games, has also emerged out of European leagues.

“I have fond memories of working with Amelia in 2011.  We called her in to cover an injury and she landed an hour before our second group stage match against Argentina and she had been on the pitch for ten minutes and scored,” recalled Herdman.  “At the time she was very young, and we asked her to let her career tell her story and now she’s playing in the Bundesliga and has played every game this season for USV Jena.  When players have that consistency in top leagues we are going to be looking at them.”

Heading into Canada’s last camp of the year, Herdman is looking to bring together much of the core team for a difficult test against a strong European opponent.

“I think Norway are genuinely one of Europe’s elite, so we are expecting to come up against a well organised, physical team, who are adopting a different style of play that is more possession based as opposed to direct and counter-attacking, so it will be a real tough match and exactly what we want to close the year out,” said Herdman.  “We’ve had to manage conflicting league schedules this year, so getting this team together at the right time and really focusing on our goal of breaking through to that No. 1 spot is critical. The players know that our team spirit and chemistry is one of our X factors so we’ll be working towards prioritizing time together throughout 2018.”

Pending availability due to NCAA action: