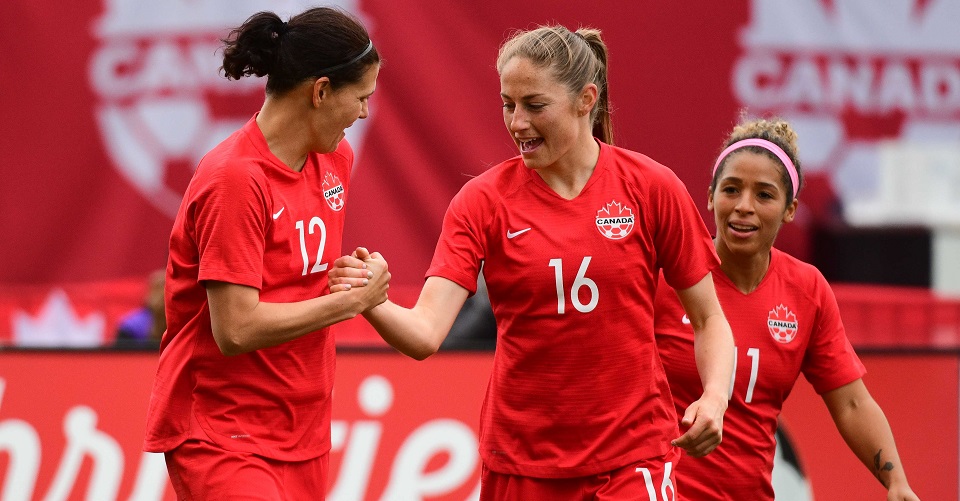 Canada will face the former world champions Japan in a Women’s International Friendly match during the October international break. The 6 October 2019 match in Shizuoka, […]

Canada will face the former world champions Japan in a Women’s International Friendly match during the October international break. The 6 October 2019 match in Shizuoka, Japan will help both sides prepare for the upcoming Tokyo 2020 Olympic Games, with Canada’s qualification competition scheduled for early next year in January/February 2020.

This will in fact mark Canada’s first international appearance since the FIFA Women’s World Cup France 2019. The 6 October match kicks off at 14.30 local (01.30 ET on 6 October / 10.30 PT on 5 October). Extended coverage is featured across Canada Soccer’s digital channels including Facebook, Instagram and Twitter. Fans are encouraged to follow Canada Soccer’s Women’s National Team every step of the way by using the social media handle #CANWNT.

“It is crucial as a program that we qualify and deliver a massive performance at the Women’s Olympic Football Tournament in Japan next year,” said Kenneth Heiner-Møller, Canada Soccer’s Women’s National Team Head Coach. “From the FIFA Women’s World Cup forward, there are elements that we need to keep doing, but we also need to improve and focus our attention on those solutions to put together an even better performance in 2020.”

This will be the 14th international meeting between the two sides since they first met on 5 May 1995 in Tokyo, Japan. After winning the FIFA Women’s World Cup Germany 2011, Japan won three straight matches against Canada before Canada won 2:0 over Japan at the 2018 Algarve Cup, the most recent meeting between the two nations. All time, Japan hold a slight edge with six wins and three draws to Canada’s four wins and three draws.

So far this year, Canada have posted an record of seven wins, three draws and two losses in 12 international matches. Reaching back to September 2018, Canada’s record is 12-3-3, with their only three losses against the top three nations from the FIFA Women’s World Cup France 2019 (USA, Netherlands and Sweden). Earlier this year, Canada posted a 10-match unbeaten streak, the second longest in program history.

At the FIFA Women’s World Cup France 2019, Japan and Canada had the second and third youngest national teams, respectively. Both nations reached the Round of 16. Of the 16 Canadians that featured in the final competition, eight of them made their FIFA Women’s World Cup debuts including teenagers Jordyn Huitema and Jayde Riviere.

Canada’s roster for the October window will be announced in late September.