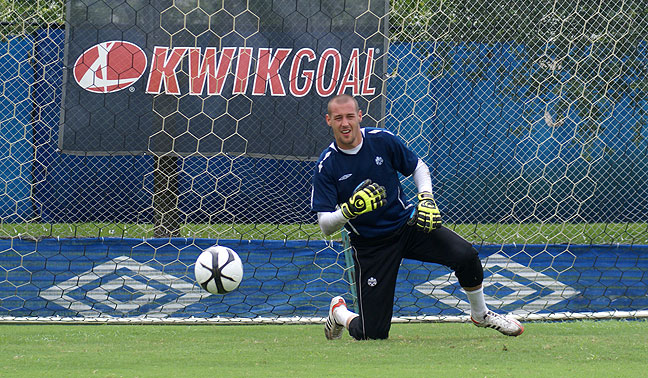 Canada squad arrives in full for camp in USA

Canada’s full squad is now together training for the upcoming FIFA World Cup Qualifiers series, starting with a Men’s International Friendly match against USA on Sunday 3 June at BMO Field in Toronto. The last of Canada’s footballers arrived on Sunday night at the team’s training base in Florida, USA. The full 22-man squad trained in the morning of Monday 28 May 2012.

Canada will return home on Thursday 31 May, with further training scheduled on Friday 1 June and Saturday 2 June. The Men’s International Friendly match – part of the Canadian Soccer Association’s Centennial celebration – is scheduled for 19.00 ET. Canada then plays two matches in FIFA World Cup Qualifiers: Cuba away on 8 June in Havana and Honduras at home on 12 June in Toronto. Tickets to Canada’s 2012 home matches are available via ticketmaster.ca or by phone at 1.855.570.7500, with full information available on CanadaSoccer.com. Group discounts are available via [email protected] or 613.237.7678.

“We have to take it one game at a time and we have to deal with the Cuba game first away from home,” said Canadian midfielder Atiba Hutchinson of Canada’s FIFA World Cup Qualifiers. “We know it will be a tough game, but I think we will be prepared for it.”