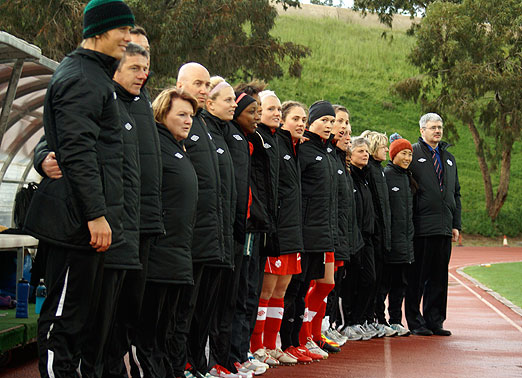 Canada stands atop Group B at Cyprus Women’s Cup

Canada and Netherlands open with wins in Group B action.

With a 5:1 victory, Canada stands in first place in Cyprus Women’s Cup Group B action. Both Canada and Netherlands won their opening matches on 28 February 2012, although Canada leads the group on goal differential after the first match. Both Group B matches were played at GSZ Stadium in Larnaka, Cyprus today, with Netherlands winning the opening match 2:1 over Italy and Canada winning the second match 5:1 over Scotland.

In Group A action, France won 3:0 over Switzerland while England came from behind to win 3:1 over Finland. In Group C action, New Zealand won 2:0 over Northern Ireland and Korea Republic won 2:1 over South Africa.