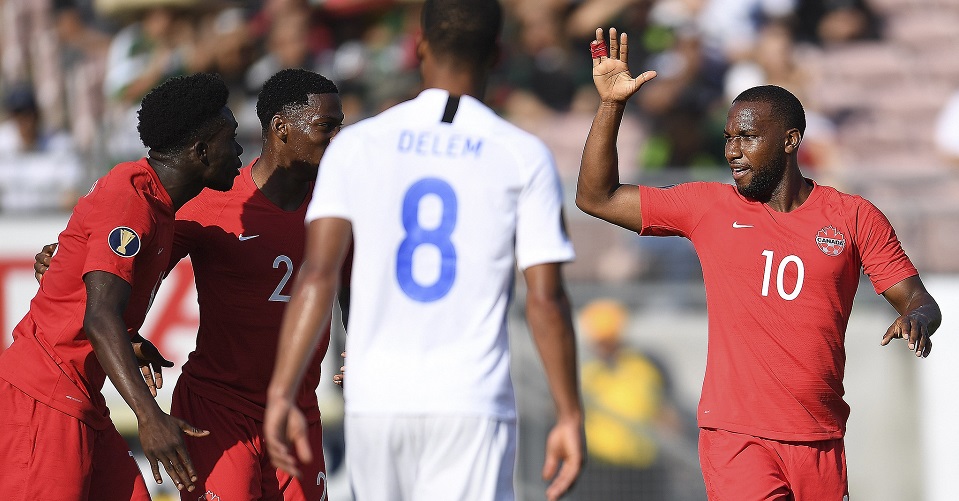 Canada Soccer’s Men’s National Team will face Bermuda, Cayman Islands, Aruba and Suriname in that order during the first round of FIFA World Cup Qatar 2022™ […]

Canada Soccer’s Men’s National Team will face Bermuda, Cayman Islands, Aruba and Suriname in that order during the first round of FIFA World Cup Qatar 2022™ Qualifiers.  Canada opens at home against Bermuda on 8 October before travelling to Cayman Islands for their first away match on 11 October. In November, Canada will start away in Aruba on 14 November before returning home to face Suriname on 17 November.  The four matches have been positioned across two FIFA windows for international matches, with Canada facing Bermuda and Cayman Islands in one window followed by Aruba and Suriname in a second window.

From this first round, only the Group B winner will advance to the second round, a head-to-head knockout series against the winner of Group E (Belize, Haiti, Nicaragua, St. Lucia or Turks & Caicos Islands). From 30 nations in the first round (to six nations in the second round), three nations will reach the Final Round to join pre-qualified nations Costa Rica, El Salvador, Honduras, Mexico and USA. From the Final Round, all eight nations will face each other twice, with the top-three nations qualifying for the FIFA World Cup Qatar 2022™ and the fourth-place nation advancing to an intercontinental playoff in additional FIFA World Cup Qatar 2022™ Qualifiers.

In advance of the Concacaf schedule for the first round of FIFA World Cup Qatar 2022™ Qualifiers, Canada Soccer will continue to closely monitor all COVID-19 developments in consultation with the Public Health Agency of Canada and relevant governing bodies through the Canada Soccer Sport Medicine Committee to ensure the safety of all players and staff.

Canada will open against Bermuda on the Thursday 8 October of the first FIFA window for FIFA World Cup Qatar 2022™ Qualifiers, the 10th all-time meeting between the two sides at the international “A” level. This past year, Bermuda participated in the 2019 Concacaf Gold Cup and 2019-20 Concacaf Nations League A.

At the Concacaf Gold Cup, Bermuda were eliminated in the group phase after narrow 2:1 defeats to Haiti and Costa Rica. In Concacaf Nations League A, they scored in all four of their matches against Mexico and Panama, including an away 2:0 win in Panama City, but they were ultimately relegated from the three-nation group to Concacaf Nations League B in 2021-22. Bermuda still qualified to the playoffs for the 2021 Concacaf Gold Cup.

Across the past two years, Bermuda have posted a record of six wins, two draws and seven losses in 15 international matches. Along with their win over Panama, they have also produced 1:0 wins over El Salvador and Guyana as well as a 2:2 draw with Cuba and a 0:0 draw with Guatemala. At the 2018 Concacaf Men’s Under-20 Championship, Bermuda finished last in their group after losses with Costa Rica and Haiti.

As for the history between Canada and Bermuda, it dates back to FIFA World Cup™ Qualifiers in 1968: Canada won the first match 4:0 at Varsity Stadium (Tibor Vigh, Sergio Zanatta and Nick Papadakis twice were the goalscorers) before the two sides drew 0:0 in Bermuda (Peter Greco posted back-to-back clean sheets). More recently, the two sides faced each other in January 2017 in Bermuda, with Canada the 4:2 winners on goals by Jonathan Osorio, Tosaint Ricketts, Jay Chapman, and Anthony Jackson-Hamel.

Canada and Cayman Islands will meet for the first time at the international “A” level on Sunday 11 October, just three days after Canada faces Bermuda and four days after Cayman Islands faces Suriname. This past year, Cayman Islands finished second in their group in Concacaf Nations League C with a record of four wins and two losses in six matches.

By finishing second in their group behind Barbados on goals difference, Cayman Islands just missed out on promotion to League B and qualification to the Concacaf Gold Cup playoffs.

Across the past two years, Cayman Islands have a record of four wins, one draw and five losses in 10 official matches in Concacaf Nations League Qualifying and Concacaf Nations League C. At the youth level, Cayman Islands posted a record of one win, one draw and two losses at the 2018 Concacaf Men’s Under-20 Championship, beating Guyana, drawing Guatemala, and losing to Curaçao and El Salvador.

Canada and Aruba will meet for the first time at the international “A” level on Saturday 14 November in the second FIFA window for the first round of FIFA World Cup Qatar 2022™ Qualifiers. This past year, Aruba competed in Concacaf Nations League B, but were relegated to League C after losing all their matches to Jamaica, Guyana and Antigua and Barbuda.

Over the past two years, Aruba have a record of one win, one draw and eight losses in 10 official matches in Concacaf Nations League Qualifying and Concacaf Nations League B, including a 3:1 win over Bermuda and an away 0:0 draw with Guadeloupe. At the youth level, Aruba finished fifth in their group at the 2018 Concacaf Men’s Under-20 Championship.

Canada will complete their first-round series against Suriname on Tuesday 17 November, three days after the Aruba-Canada match and four days after the Suriname-Bermuda match. This will be the first meeting between the two nations at the international “A” level since 1977 when they faced each other in the Concacaf Final Round (the original “Hex”) of FIFA World Cup™ Qualifiers. This past year, Suriname participated in Concacaf Nations League B and won their group with a record of four wins, one draw and one loss across six matches.

In winning their League B group, Suriname qualified for the 2021-22 Concacaf Nations League A as well as the 2021 Concacaf Gold Cup.

Across the past two years, Suriname have posted a record of six wins, two draws and two losses in 10 matches, including a narrow 2:1 away loss to two-time Concacaf Gold Cup finalists Jamaica in November 2018. At the most recent Concacaf Under-20 Championship in 2018, their youth team posted a 3-0-2 record to finish second in their group behind USA (ahead of both Puerto Rico and Trinidad and Tobago thanks to their better goals difference).

As for that Canada-Suriname battle back in 1977, Canada won that match 2:1 at Estadio Azteca in Mexico City. Canada’s midfielder Jeno Strenicer pulled the strings with a pair of assists while Buzz Parsons and Mike Burke were the goalscorers in the victory.