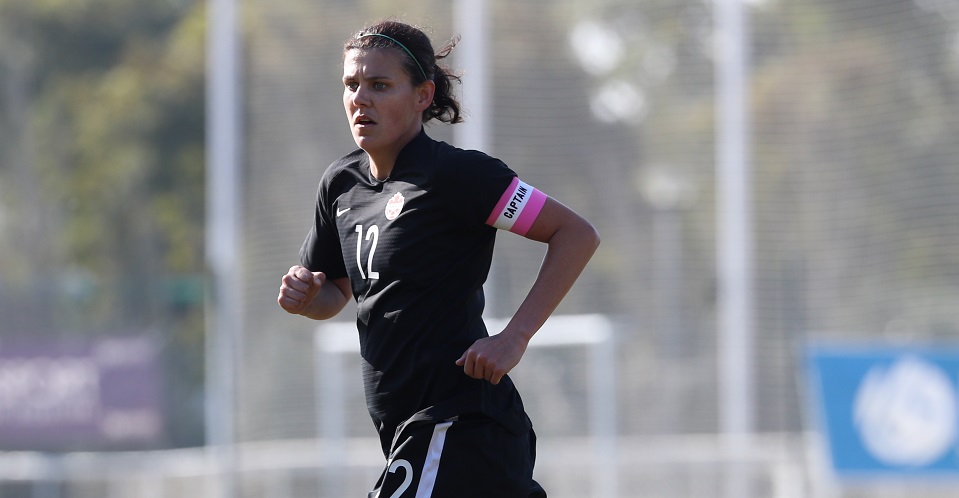 Canada have lined up another big test with a rematch against England ahead of this summer’s FIFA Women’s World Cup France 2019™. The two sides will […]

Canada have lined up another big test with a rematch against England ahead of this summer’s FIFA Women’s World Cup France 2019™. The two sides will meet Friday 5 April in Manchester at the Academy Stadium.

This will be the first international meeting between the two sides since the Quarter-final round of the FIFA Women’s World Cup Canada 2015™. England’s 2:1 victory led to their best-ever, third-place finish at a FIFA Women’s World Cup™. Canada finished in sixth place at Canada 2015 before winning a bronze medal at the Rio 2016 Olympic Games, making Canada the only soccer nation to reach the podium in back-to-back Women’s Olympic Tournaments from 2012 to 2016. Canada Soccer’s Women’s National Team were also the first Canadian Olympic team to win back-to-back medals at a summer Olympic Games in more than a century.

“This will be an important match for us as we will have the chance to test ourselves against one of the best national teams in the world,” said Kenneth Heiner-Møller, Canada Soccer’s Women’s National Team Head Coach. “We are facing a tier-one opponent that are contenders to win the FIFA Women’s World Cup.”

Canada opened their France 2019 campaign with a 1:0 victory over Norway in January. Up next, there will be a trio of matches at the 2019 Algarve Cup in Portugal before the away friendly on 5 April in England. In Portugal, Canada will face Iceland on 27 February and Scotland on 1 March before their ranking matches on 6 March.

In France this summer, Canada will face Cameroon on 10 June, New Zealand on 15 June, and Netherlands on 20 June. This marks Canada’s seventh-consecutive appearance at the FIFA Women’s World Cup™ since Sweden 1995. Along with bronze medals at back-to-back Olympic Games, Canada’s best finish at the FIFA Women’s World Cup™ was fourth place at USA 2003.

OLYMPIC MEDAL WINNERS & CONCACAF CHAMPIONS
Canada are two-time Olympic bronze medal winners (2012 and 2016) and two-time Concacaf champions (1998 and 2010). Before this year, Canada have participated in six consecutive editions of the FIFA Women’s World Cup (1995 to 2015) and three consecutive editions of the Women’s Olympic Football Tournament (2008 to 2016). At London 2012, Canada brought home the country’s first medal in a Summer Olympic team sport in 76 years, a feat they repeated in 2016.