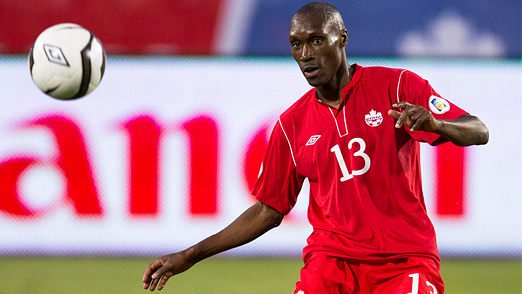 Canada will face Mauritania in a 2013 Men’s International Friendly match this Sunday 8 September in Oliva Nova, Spain. The first of a two-match series will kick off at 17.30 local at the Oliva Nova sports complex.

The Sunday match will mark the debut of head coach Benito Floro, whose squad will again face Mauritania on Tuesday 10 September. With 32 players in camp, he hopes to feature as many different players as possible in the two-match series.

“The spirit in camp has been very good because the players have all the vision to be a part of all that we have proposed to them,” said Floro of his first 11-day camp with the Canadian team. “On the pitch, we have tried to teach tactical concepts which are important to play well. Off the pitch, we have had video sessions because ‘one picture is worth a thousand words.’

“We have all been spending time to get to know each other.”

Canada’s opponent is Mauritania, just the ninth African opponent Canada has faced in nearly 90 years of international football. Mauritania has assembled a mixed group of players currently working in domestic and foreign leagues (predominantly from French leagues). Mauritania is coached by Patrice Neuveu of France.

The camp and international friendly series will provide Canada with its ninth and 10th matches of the 2013 season.