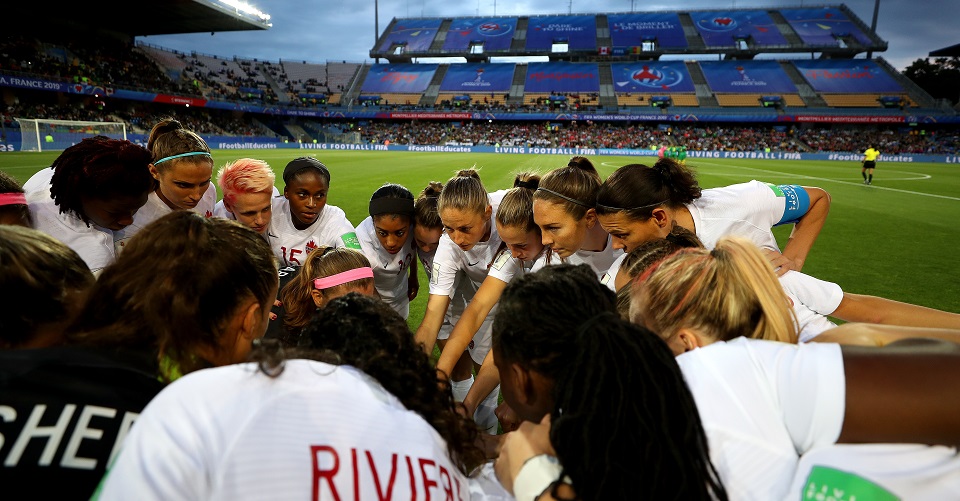 On the heels of a 1:0 victory against Cameroon, Canada Soccer’s Women’s National Team is getting ready to face New Zealand in its second group stage […]

On the heels of a 1:0 victory against Cameroon, Canada Soccer’s Women’s National Team is getting ready to face New Zealand in its second group stage match at the FIFA Women’s World Cup France 2019™ on Saturday 15 June at Stade des Alpes in Grenoble, France.
The Group E match kicks off at 21.00 local and will be broadcast live on TSN, CTV and RDS at 15.00 ET / 12.00 PT. Extended match day coverage is featured across Canada Soccer’s digital channels including Facebook, Instagram and Twitter. Fans are encouraged to follow Canada Soccer’s Women’s National Team every step of the way by using their social media handle, #CANWNT.
Canada opened the FIFA Women’s World Cup France 2019™ with a 1:0 victory against Group E opponent Cameroon. Kadeisha Buchanan’s goal in first half added time provided Canada its first win of the tournament and three important points.
“It has been awesome to start the tournament strong and get the win,” said Canada defender Shelina Zadorsky. “We knew there would be a lot of emotion and that it wasn’t going to be a perfect first game, but I’m proud of us for grinding up the win. Now we are shifting focus to New Zealand and we are preparing for a strong opponent.”
Canada and New Zealand played to a 0:0 draw in the group stage of the FIFA Women’s World Cup Canada 2015™. Canada have a record of six wins, four draws and one loss in 11 international matches against New Zealand.
“They are a team that will be fighting for their World Cup lives, they have never won a game in a FIFA Women’s World Cup tournament, and we know that they are out to try and get a win and get out of the group,” said Canada’s captain Christine Sinclair. “They have improved a lot over the past couple of years, it’s going to be a battle.”
CANADA AT THE FIFA WOMEN’S WORLD CUP FRANCE 2019™
Canada will face New Zealand on 15 June in Grenoble before closing out group play against the Netherlands on 20 June in Reims. Beyond the group phase, two or three nations from Canada’s group will advance to the Round of 16 with those initial knock-out matches to be played from 23-25 June. The Quarter-finals will be played 27-29 June and the Semi-finals will be held 2-3 July, leading to the Final of the FIFA Women’s World Cup France 2019™ on 7 July.

“Heading into an away FIFA Women’s World Cup, we hope that the echo from our Canadian fans back home will carry us through our month in France,” said Kenneth Heiner-Møller, Canada Soccer’s Women’s National Team Head Coach and Women’s National EXCEL Director. “It is so special to play in a FIFA Women’s World Cup. You don’t get this moment back. That could be a pressure for some, but it can also provide excitement. We know we have the support from back home and that is very important for us.”