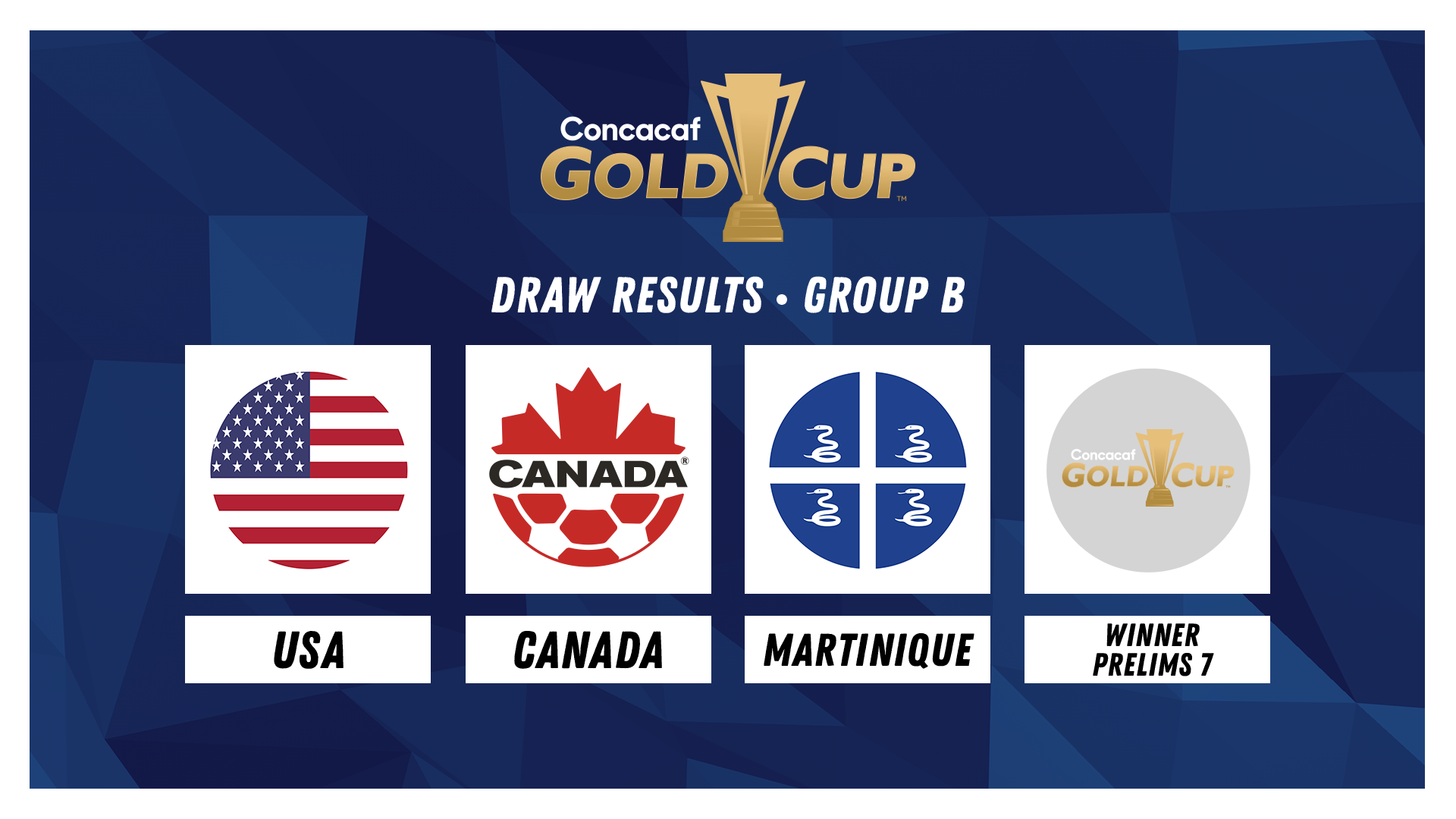 The 30th anniversary edition of the Concacaf Gold Cup runs 10 July to 1 August.

Canada have been drawn into Group B of the 2021 Concacaf Gold Cup where they will face USA, Martinique and a yet-to-be determined Caribbean nation across the first three matches of the competition. The 30th anniversary edition of the Concacaf Gold Cup runs 10 July to 1 August following a preliminary round from which either Haiti, St. Vincent & the Grenadines, Bermuda or Barbados will advance to Group B.

It is expected to be an exciting yet busy summer of soccer for Canada Soccer’s Men’s National Team Program in 2021, with FIFA World Cup Qualifiers set to start during the international window from 22-30 March (two matches). FIFA World Cup Qualifiers will continue just ahead of the Concacaf Gold Cup, with four match dates from 31 May to 15 June. Canada is also scheduled to participate in the Concacaf Men’s Olympic Qualifiers with an eye to the summer Tokyo 2021 Olympic Games.

Canada are one of 13 nations that have already qualified for the Group Phase of the 2021 Concacaf Gold Cup, doing so last year through Concacaf Nations League A. Joining Canada in the Group Phase are Costa Rica, Curaçao, El Salvador, Grenada, Honduras, Jamaica, Martinique, Mexico, Panama, Suriname, USA, and Asian Confederation guest nation Qatar.

Canada and USA most recently split a two-match series in October and November 2019 during Concacaf Nations League A, with each side winning on their respective home grounds. Both Canada and USA are two of only four Concacaf nations that have finished top-six across all three of Concacaf major tournaments across the past three years (2017 and 2019 Concacaf Gold Cup as well as the 2019-20 Concacaf Nations League). Of note, the Canada win at BMO Field on 15 October 2019 was the Men`s National Team`s first international “A” win over USA in 34 years .

“It will be an exciting year for international soccer with both FIFA World Cup Qualifiers and the Concacaf Gold Cup across a couple of months,” said John Herdman, Canada Soccer’s Men’s National Team Head Coach. “We have to prepare and prioritize FIFA World Cup Qualifiers, but our players will certainly circle the 2021 Concacaf Gold Cup group match against USA because our rivalry was really ignited during Concacaf Nations League in Toronto.”

From the Concacaf Gold Cup Group Stage, which commences 10 July 2021, the top-two nations from each of four groups will advance to the Knockout Stage featuring Quarterfinals, Semifinals and the Final.

The 2021 Concacaf Gold Cup Preliminary Round, which runs 2-6 July, will feature Bahamas, Barbados, Bermuda, Cuba, French Guiana, Guadeloupe, Guatemala, Guyana, Haiti, Montserrat, St. Vincent and the Grenadines and either Trinidad and Tobago or Antigua and Barbuda.

FIFA WORLD CUP QUALIFIERS
As announced in August, Canada Soccer’s Men’s National Team will compete in FIFA World Cup Qatar 2022™ Qualifiers beginning with an initial round of four matches against Group B opponents Aruba, Bermuda, Cayman Islands and Suriname. In all, 30 Concacaf nations will compete in this first round from which only the six group winners will advance to a second round of head-to-head knockout series. From the first round, the Group B winner will face the Group E winner in a second-round, head-to-head series, with the match dates and locations to be announced at a later date. The winner from that second round then advances to the Concacaf Final Round of eight nations in which each nation will play each opponent twice (once at home and once on the road). The top-three nations from Concacaf’s Final Round will qualify for the FIFA World Cup Qatar 2022™ while the fourth-best team will advance to an intercontinental playoff in further FIFA World Cup Qatar 2022™ Qualifiers.