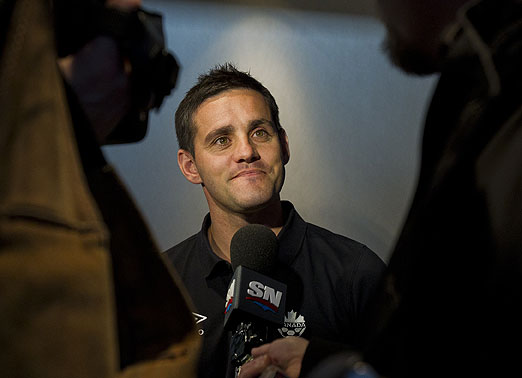 Canada to kick off London 2012 against champion Japan

Canada will face Japan, South Africa and Sweden at the London 2012 Women’s Olympic Football Tournament this July in Coventry and Newcastle. Canada will face Japan on Wednesday 25 July, South Africa on Saturday 28 July, and Sweden on Tuesday 31 July. The first two matches will be played at the City of Coventry Stadium in Coventry while the third match will be played at St. James’ Park in Newcastle.

“There is a bit of clarity now and that is exciting,” said Canadian head coach John Herdman. “We can now start to focus on the technical blueprints and draw the route back from the gold-medal game.”

Canada opens the tournament against FIFA Women’s World Cup champion Japan on 25 July. Japan qualified for London 2012 by finishing first in the Asian qualifiers in September 2011 in China PR. Already this year, Japan has posted a record of four wins, one draw and one loss in six matches, including a second-place finish at the 2012 Algarve Women’s Cup in March.

Historically, Canada and Japan have an even record of three wins, three draws and three losses in nine previous meetings. The two sides, however, have not faced each other at the international level since March 2008.

On 28 July, Canada faces South Africa, an up-and-coming nation who has qualified for a major women’s football tournament for the first time. South Africa qualified for London 2012 in September 2011 as one of two African representatives. In 2012, South Africa has a record of one win, two draws and two losses in five international matches.

Canada has previously played South Africa once at the international “A” level, a match that ended 2:1 in Canada’s favour in March 2010.

Canada’s last group match will be against Sweden on 31 July, the second Olympics in a row that the two sides meet in the final group match. Sweden qualified London 2012 as one of the top-two European finishers at the 2011 FIFA Women’s World Cup in Germany. Already this year, Sweden has posted a record of four wins and two losses, including a 31 March win against Canada in Malmö, Sweden.

From 2006 to 2012, Canada and Sweden are even with three wins apiece in six head-to-head meetings. The two sides have played each other four times in the last two years, with two wins each. At Beijing 2008, Sweden won 2:1 over Canada in the Olympic group phase.

London 2012 will represent Canada’s second participation in the Women’s Olympic Football Tournament. Four years ago, Canada advanced past the group phase to reach the quarter-final phase, only losing 1:2 a.e.t. against eventual-champion USA. Earlier this year, Canada qualified for London 2012 before finishing second at the CONCACAF Women’s Olympic Qualifying tournament in Vancouver, BC. Since the qualifiers, Canada has posted four wins and two losses in six international matches, including a second-place finish at the 2012 Cyprus Women’s Cup.