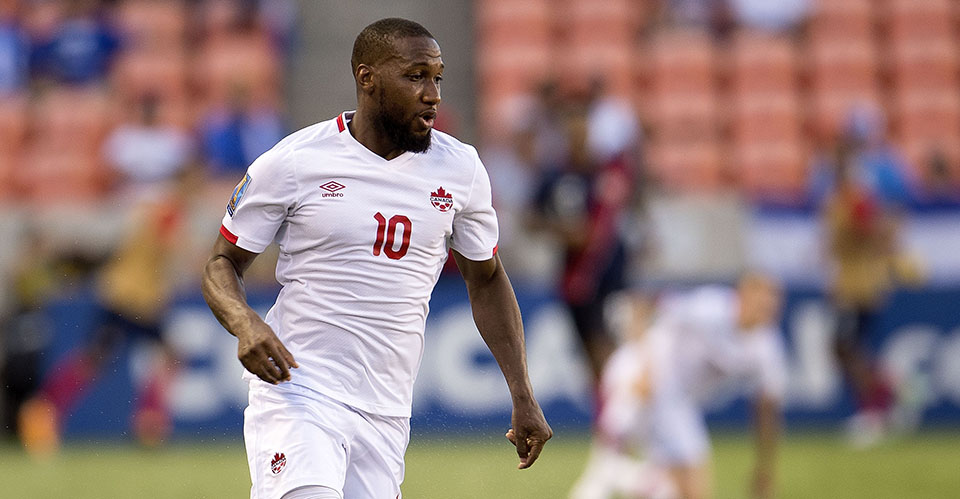 Undefeated Canada will face Jamaica in the quarter-finals of the 2017 CONCACAF Gold Cup. Canada Soccer’s Men’s National Team have reached the knock out phase after finishing second in Group A after a 4:2 win over French Guiana, a 1:1 draw with Costa Rica, and an 0:0 draw with Honduras.

The Canada-Jamaica match on Thursday 20 July takes place at the University of Phoenix Stadium in Glendale, AZ. The match kicks off at 16.30 local, with a live broadcast on TSN and RDS (19.30 ET / 16.30 PT). Fans are encouraged to follow the Men’s National Team across all of Canada Soccer’s digital channels including Twitter, Instagram, Snapchat, YouTube, and Facebook.

“We have grown as a group and as a team we have been able to bring into the game certain aspects that we like,” said Octavio Zambrano, Canada Soccer’s Men’s National Team Head Coach. “All in all, it has been a steady progression. Mentally, we believe that we can do this.”

Like Canada, Jamaica have posted one win and two draws at the 2017 CONCACAF Gold Cup to finish second place in their group. In eight international matches this year, Jamaica have posted a record of two wins, three draws, and three losses, with their wins coming against Honduras in February and Curaçao in July. Just two years ago, Jamaica reached the final of the 2015 CONCACAF Gold Cup.

Canada are undefeated in 2017 with three wins and three draws. In 23 international matches since the last CONCACAF Gold Cup in 2015, Canada’s overall record is 10 wins, seven draws, and six losses. With an average age of 26 years and 17 players on the current 23 player roster having experience with Canada Soccer’s National Men’s Youth Program, the combination of youth and veterans in the CONCACAF Gold Cup has paid dividends not only on the pitch but in the development pathway for some of Canada’s top young talent.

“We have what it takes to beat Jamaica.”

An in-depth chat with Octavio Zambrano now that our QF opponent is confirmed.#GoldCup2017 pic.twitter.com/g49QgWdLaN

CONCACAF GOLD CUP
The CONCACAF Gold Cup is the official national team championship of the confederation. From 12 nations, the eight teams that play in the 19 and 20 July quarter-finals are: Costa Rica and Panama; USA and Honduras; Canada and Jamaica; Mexico and El Salvador. From that round, four nations will play in the semi-finals on 22 and 23 July and then the top two teams will face each other in the final on Wednesday 26 July.