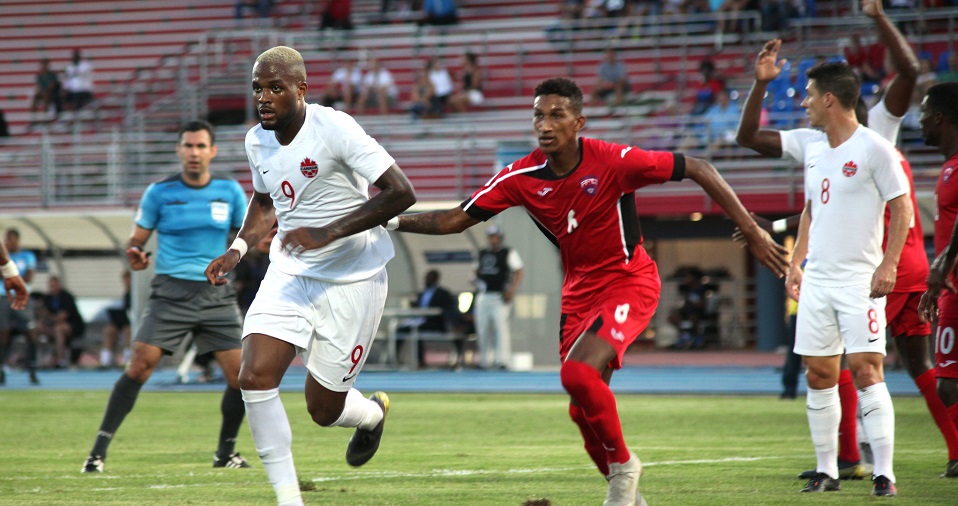 Canada wins 1:0 over Cuba in return leg of Concacaf Nations League A

Canada have picked up six points and a +7 goals difference with back-to-back wins over Cuba in League A of Concacaf Nations League after a 1:0 […]

Canada have picked up six points and a +7 goals difference with back-to-back wins over Cuba in League A of Concacaf Nations League after a 1:0 away victory on Tuesday 10 September. Teenager Alphonso Davies scored the lone goal and captain Milan Borjan posted his 20th clean sheet as 10-man Canada pulled together an important victory that moves them within a point of qualifying for the 2021 Concacaf Gold Cup.

The two wins, coupled with notable losses by El Salvador and Panama in League A and League B respectively, have pulled Canada closer to the Concacaf top-six in the FIFA/Coca-Cola World Rankings, which will determine Canada’s pathway in FIFA World Cup Qatar 2022 Qualifiers.

Davies scored his goal early in the 9’ of the first half off a play created by a turnover in the midfield with the resulting bouncing ball struck by Davies on the left side at the top of the box. Doneil Henry picked up a yellow card in the 31’ and received a second yellow card in the 55’ which resulted in a red card and Canada having to play with ten men for the rest of the match.

Canada’s two September matches against Cuba were part of a four-match series that will include a highly anticipated home match against USA on Tuesday 15 October as well as an away match against USA on Friday 15 November. Tickets to the Canada v USA match are available via Ticketmaster.ca with prices starting as low as $25. Fans can visit canadasoccer.com/tickets for complete ticket information.

“In some ways, I’m happy for this team to get that level of adversity. I think the team showed some leadership and a step forward tonight, that we can manage some tough moments”, said Head Coach John Herdman. “It shows tonight, these teams are tough, it’s tough when you come away from home in these matches, so we hope our Canadian crowd can come out and give that Canadian support, because we are so close to this, and we need that extra push against USA.”

With the Davies goal, Canada set a new Men’s National Team record for goals in a season, breaking the previous mark set in 2011 (when Canada scored 24 goals scored in 12 matches). Through seven international “A” matches in 2019, Canada has posted five wins and two losses including a quarter-finals finish at the 2019 Concacaf Gold Cup.

Of note, the Tuesday win marked the 11th consecutive ‎match in which Canada scored a goal, another new record for the Men’s National Team.

Canada’s starting lineup featured Milan Borjan in goal, Richie Laryea at right back, Doneil Henry and Steven Vitória at centre back, Samuel Adekugbe at left back, and Jonathan David, Mark-Anthony Kaye, Cyle Larin, David Wotherspoon and Alphonso Davies from the midfield up through to the attack.

In the second half, Herdman replaced David Wotherspoon with Jonathan Osorio (52’), Cyle Larin with Derek Cornelius (60’) and Alphonso Davies with Liam Millar (79’).

From the three-nation group of Canada, Cuba and the USA, the winner will qualify for the Concacaf Nations League Final Four playoff in June 2020.  First and second place teams within the group will automatically qualify for the 2021 Concacaf Gold Cup.