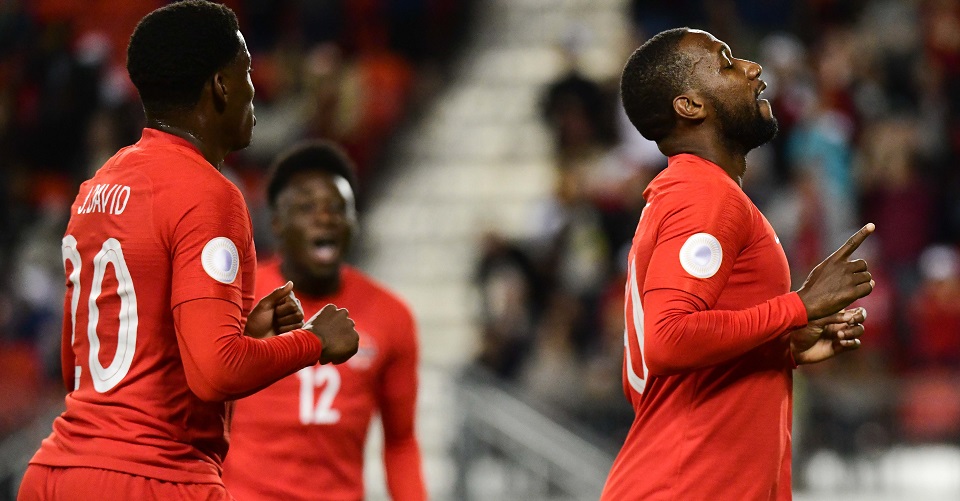 It was a night for records as Canada won their opening match of Concacaf Nations League with a 6:0 victory over Cuba. Jonathan David set Canada’s […]

It was a night for records as Canada won their opening match of Concacaf Nations League with a 6:0 victory over Cuba. Jonathan David set Canada’s single-season goal scoring record with his 8th goal of the year while captain Junior Hoilett scored a hat trick in front of his hometown crowd. Jonathan Osorio and Doneil Henry added to the tally as Canada set a Men’s National Team record with six goals in a home international match.

Canada will play the return leg against Cuba on Tuesday 10 September at Truman Bodden Sports Complex in George Town, Cayman Islands. The match will kick off at 18.15 local (19.15 ET / 16.15 PT) and will be broadcast live on OneSoccer.ca.

“It’s a dream come true to captain my country and top it with a hat trick,” said Hoilett. “We worked hard for it all week and we came out as a team, and there is more to come. We just have to keep working as we worked in training this week, with the same intensity, the same positivity. We are going out as a team, you can see we are all trusting each other, we know how to work with each other. You’ve seen the performance today, we came out strong and we have to do it again.”

Canada have now won eight of 10 matches in just under two years with Head Coach John Herdman, including a home unbeaten record of three wins. With 24 goals scored in 2019, Canada have tied the Men’s National Team record for goals in a calendar year (previously set in 2011).

With the clean sheet, Borjan moved into second spot on Canada’s all-time list with nineteen.

In the second half, Herdman replaced Kamal Miller with Liam Millar (62’), Jonathan David with Cyle Larin (64’) and Doneil Henry with Steven Vitoria (68’).

Canada’s two September matches against Cuba are part of a four-match series that will include a highly anticipated home match against USA on Tuesday 15 October as well as an away match against USA on Friday 15 November. From the three-nation group, the winner will qualify for the Concacaf Nations League Final Four playoff in June 2020 with the first and second place teams in the group automatically qualifying for the 2021 Concacaf Gold Cup.

Tickets to the Canada v USA match at BMO Field on 15 October are available via Ticketmaster.ca with prices starting as low as $25. A special ‘Me+3’ ticket offer is available for this match. By purchasing three tickets in Price Category 2, fans will receive the fourth one free. Fans can visit canadasoccer.com/tickets for complete ticket information.