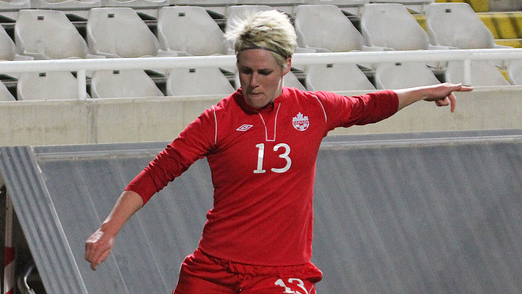 Canada WNT announces roster ahead of kick-off at Cyprus Cup

Live coverage to be provided via @CanadaSoccerEN, Highlights on CanadaSoccerTV.

The Canadians will begin the tournament on Wednesday 6 March with a match against Switzerland at the GSZ Stadium in Larnaca, Cyprus (14.30 local kick-off; 07.30 ET / 04.30 PT).

Full match highlights from all of Canada’s games, as well as pre and post-match coverage at the tournament will be available on CanadaSoccerTV. Fans will also be able to follow live coverage on Twitter: @CanadaSoccerEN.

Canada’s roster for the Cyprus Cup features six players from the team’s Olympic squad who will be taking part in their first competitive action since the team’s bronze-medal triumph at London 2012.

Of note, captain Christine Sinclair will be eligible to make her return from suspension in Canada’s second game of the tournament on 8 March against Finland.

“The Cyprus Cup gives us a chance to continue our work in developing a new playing model that began in January at the Yongchuan Cup in China,” said Head Coach John Herdman.

“We now have the chance to integrate some more of the senior players that were part of the Olympic squad and of course the return of Christine Sinclair will allow us to continue with our progression as we fit her into the system.”

Canada, who won the tournament in 2011 and finished as silver medallists in 2012, are setting themselves the goal of making another run to the final at this year’s edition of the competition.

“Our goal is to get to the final, and to do it the way we want to play,” said Herdman.

“Canada have traditionally been one of the strongest nations at this tournament. Without losing focus of the playing style we are looking to see from our players, we expect to challenge for the title again this year.”