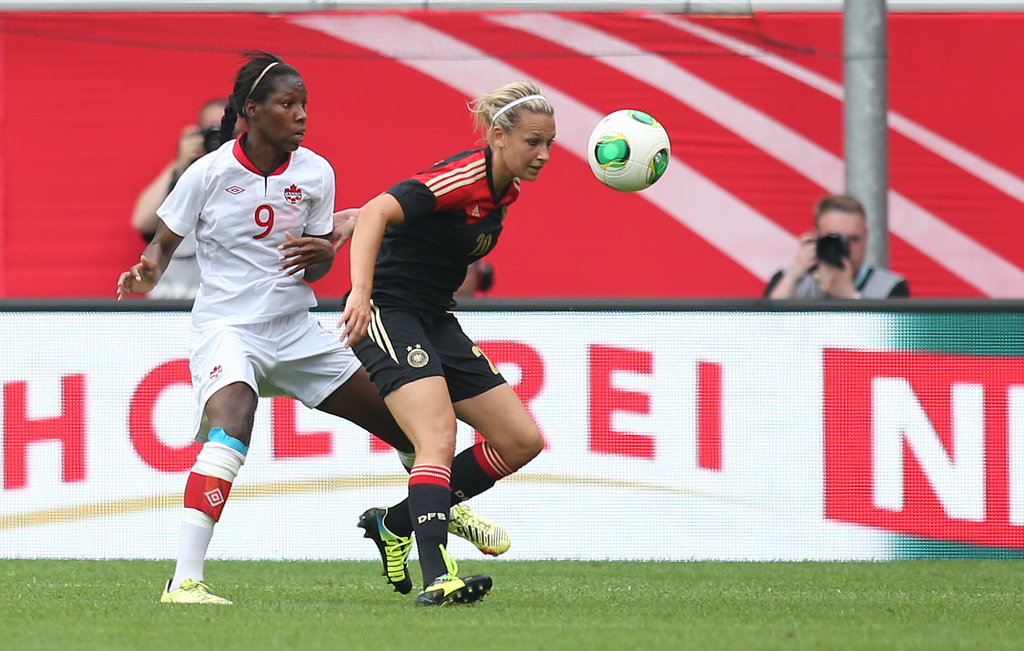 Head Coach John Herdman is assembling a 22-player squad in the site of the final of the FIFA Women’s World Cup Canada 2015TM for the first of two games they’ll play in 2014 on the west coast.

Canada’s Women’s National Team is hoping a trip to Vancouver will be a taste of things to come as they get set to take on Germany in Women’s International Friendly action on Wednesday 18 June at BC Place.

Head Coach John Herdman is assembling a 22-player squad in the site of the final of the FIFA Women’s World Cup Canada 2015TM for the first of two games they’ll play in 2014 on the west coast.

“If you want to win a [FIFA Women’s] World Cup at home, you’re going to have to beat these teams. You’re going to find them on your road to the finals somewhere,” said Herdman. “The more we can learn about those teams and learn about ourselves with those teams, it’s only going to put us in better stead.”

There are only a handful of changes to the squad that played in Winnipeg against USA early in May. Veteran defenders Emily Zurrer and Marie-Eve Nault are making their return, as is forward Christina Julien. Julien will be back in the squad for the first time in a year when she was in the squad when Canada hosted the USA rematch at BMO Field in Toronto, ON on 3 June 2013.

The last time Canada played Germany was in 2013 when they lost 0:1 in Paderborn, GER. Canada has never beaten Germany.

“When we played them in Germany we had an experimental squad with a different way of playing,” said Herdman. “We were developing and this year we’re trying to improve and to get closer to where it’s going to look like when we’re in a [FIFA Women’s] World Cup.”

The game will be carried live on Sportsnet One and fans can get full coverage across Canada Soccer’s platforms. Live updates will be available on Twitter @CanadaSoccerEN and @CanadaSoccerFR and CanadaSoccerTV will have post-match interviews and highlights.