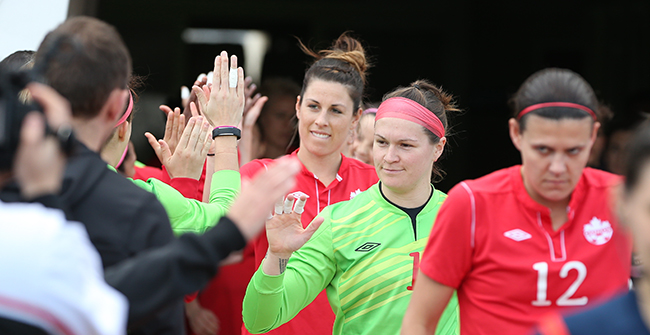 The 2015 Cyprus Cup will be the final chance for Canada’s Women’s National Team to experience a tournament environment prior to June’s FIFA Women’s World Cup Canada 2015™.

Head Coach John Herdman has called in 24-players and just like every trip to Cyprus the team has a number of objectives going in. This year, the goal is to develop cohesion and unity that will lead to results when it matters most.

“This Cyprus Cup has a clear outcome and that clear outcome is building that team cohesion similar to what we did in the Four Nations (in China) where we built a depth in the squad,” said Herdman. “In Cyprus, it’s about the cohesion in the group of players to go and win football matches.”

Playing out of Group A, Canada opens the tournament on Wednesday 4 March against Scotland at the GSP Stadium in Nicosia. Two days later they’re back in action against Korea Republic (6 March) at the GSZ Stadium in Larnaca before wrapping up group play on 9 March against Italy back in Nicosia.

Canada has won the tournament three times and will be looking to bring back the championship for the first time since 2011. They’ll also be looking to build on a good start to the year when they won three games in China en route to winning the Bao’an Cup.

“We’ll be only three months out from a World Cup with probably only a few more games after this tournament,” said Herdman. “We’re starting to define the players roles and responsibilities in the team environment and the team culture.”

Depending on their results from group play, Canada would play in a ranking game to wrap up the competition on Wednesday 11 March.

Last year, Canada finished second in Group A and had to play in the fifth-place match where they beat the Republic of Ireland 2:1.

While there are no broadcast or streams planned for these matches, fans will be able to follow Canada’s matches live on Twitter @CanadaSoccerEN and review match reports on canadasoccer.com.