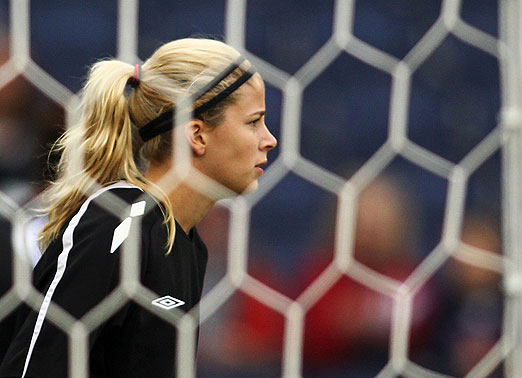 Canada has announced its roster for the upcoming pre-tournament camp in Larnaka, Cyprus in advance of the 2012 Cyprus Women’s Cup. National head coach John Herdman has selected 26 players for the 10-day camp, with only 21 players expected to be retained for the actual tournament which opens 28 February with a match against Scotland.

Of the 26 players invited to the pre-tournament camp, head coach Herdman has already worked with 23 of those players at at least one camp since September 2011.  All 20 players that won silver at the 2012 CONCACAF Women’s Olympic Qualifying tournament in January have been called into Cyprus, along with Marie-Eve Nault, Stephanie Labbé and Emily Zurrer.

From last year’s Cyprus Cup-winning squad, 19 of 22 players are in Cyprus with hopes of defending the Canadian title. Sinclair is Canada’s all-time leader in this competition with 11 goals in 15 matches.