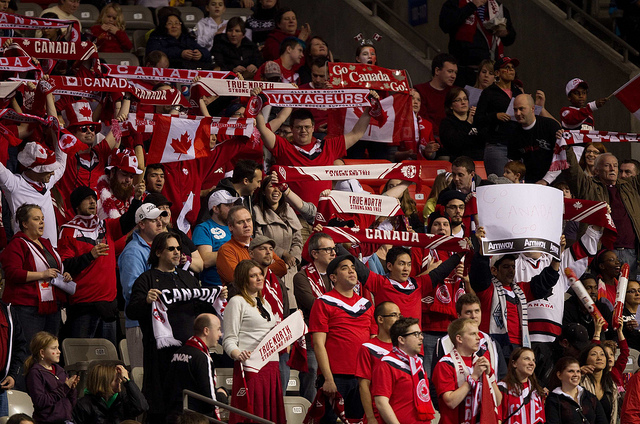 Vancouver has been an excellent host for all eight teams, especially the Canadian team fighting for a spot at the London 2012 Olympics.

Through the midway way of the 2012 CONCACAF Women’s Olympic Qualifying tournament, the Canadian Soccer Association is pleased to report that the city of Vancouver has been an excellent host for all eight teams, especially the Canadian team fighting for a spot at the London 2012 Olympics. Only two teams will qualify for this summer’s Women’s Olympic Football Tournament, with the qualification matches set for 27 January at BC Place.

Attendance for Canada’s first two matches averaged just over 10,000 fans, which more than doubles the average attendance to which Canada has played over the last 20 years in CONCACAF women’s “A” qualification tournaments. From 1994 to 2010, that average was 4,991 per Canada match, including matches played in Canada in 1994, 1998 and 2002. The previous attendance high in Canada was 4,971 for the championship final in 1998, surpassed last Thursday in Vancouver by 7,627 fans for the Canada-Haiti group match and then again on Saturday by 12,417 fans for the Canada-Cuba group match.

“We would like to thank the fans for supporting the competition through the group stage, especially with the record-setting crowd established on Saturday,” said Peter Montopoli, General Secretary of the Canadian Soccer Association. “We look forward to continuing the momentum through the remainder of the competition and hope to see a red BC Place for the semi-final stage on Friday night.”

Canada plays tonight Monday 23 January at BC Place with a 19.30 local kickoff against Costa Rica to determine first place in Group A. The all-important semi-final clash is Friday 27 January (20.00 local kickoff) against either Mexico or USA, with the semi-final winner earning a spot to the London 2012 Olympics. The semi-final match is Canada’s one-and-only opportunity to qualify for the Olympics.

The group stage concludes Tuesday 24 January with USA fighting Mexico for first place in Group B. Attendance for the opening Group B matches featuring the defending Olympic champion USA was 6,321 on 20 January and 6,738 on 22 January.

Today, CONCACAF women’s A tournaments are held roughly every two years, serving as the qualification route for either the FIFA Women’s World Cup or the Women’s Olympic Football Tournament. All-time, Canada has a record of 34 wins, two draws and nine losses in 45 CONCACAF matches. Canada won confederation titles in 1998 and 2010.