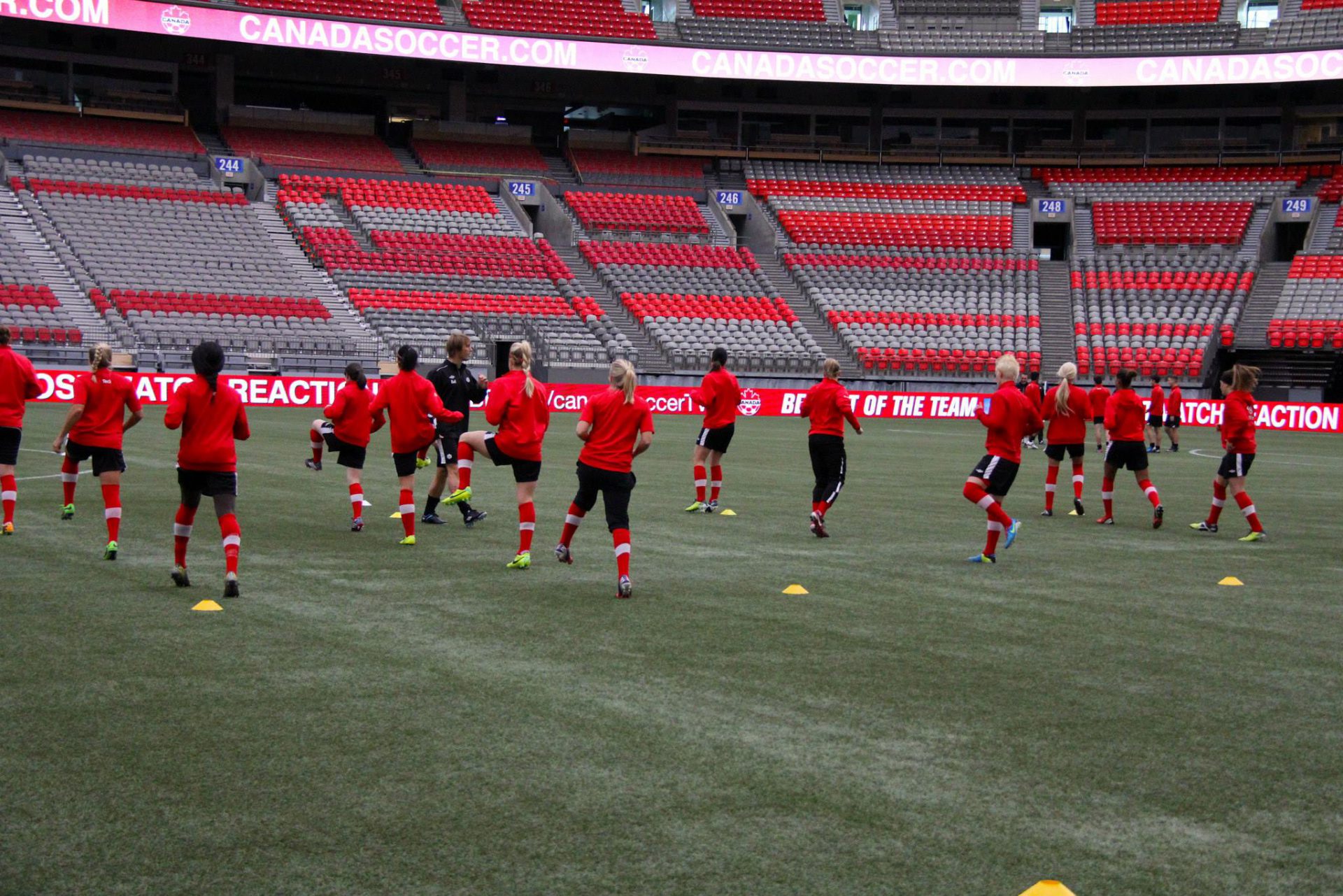 The journey to an Olympic bronze medal for Canada’s Women’s National Team started at BC Place stadium in Vancouver, BC. In 2015, that same facility will be the end of the journey for whoever qualifies for the final of the FIFA Women’s World Cup Canada 2015™.

As the host country, Canada is hoping that they’re one of the teams that will be in that final so with more than a year and a half to go, Sunday’s game against Mexico is just a taste of what hopefully is in Canada’s future.

“We know that if we put in all the hard work and we keep doing what we’re doing, we could be on track,” Canadian Head Coach John Herdman said after the team trained on Saturday. “At this stage coming into BC Place it’s all about building, learning a few things about this team, giving players opportunity, and at the same time, beating Mexico.”

Just as Sunday’s venue is a place of fond memories for Canada, it’s exactly the opposite for the visiting Mexican team. In the semi-finals of the 2012 CONCACAF Women’s Olympic Qualifying tournament, Canada knocked out the Mexicans in the semi-finals with a 3:1 victory that qualified Canada for the Olympics in London and dashed the Olympic dreams of Mexico.

While Canada doesn’t have to qualify for 2015 as hosts, Mexico will have to go through the qualifying process. So for the visitors, playing these games against a team like Canada that will be at the FIFA Women’s World Cup Canada 2015, is crucial for their preparations.

“This is a good Mexican team. They have their best lineup here,” admitted Herdman. “On any given day, that’s quite a dangerous team. They’ve beaten the USA in the last couple of years so we know it’s going to be tough.”

Limited tickets for the match are still available via Ticketmaster. Fans attending the match are invited to BC Place’s Terry Fox plaza starting at 11.00 local time for a fan fest. In addition, the first 2,500 ticket holders at the match will receive on entry a special edition player card pack featuring some of Canada’s WNT Olympians.