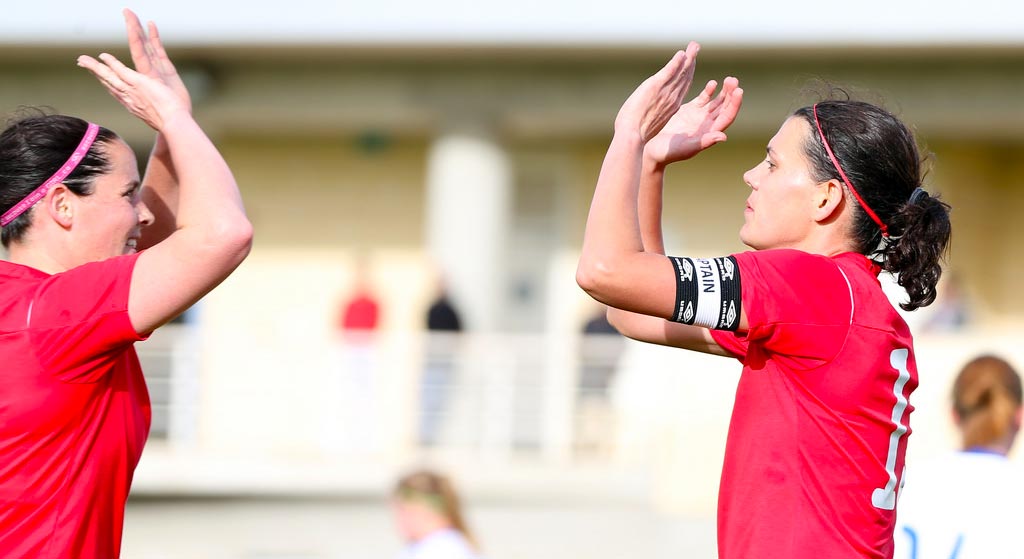 As Thursday’s Women’s International Friendly draws night for Canada’s Women’s National Team and the United States, one thing is abundantly clear: Winnipeg is ready to make this an event to remember.

With more than 25,000 tickets sold and Canadian players getting plenty of media attention, there’s every indication that it’s going to be a raucous and memorable atmosphere at Investors Group Field. And as they prepare to take on the top-ranked Americans, the Canadians have taken notice.

“It’s exactly what we’ve hoped for and the Winnipeg crowd and fans have come to support us,” Head Coach John Herdman said after Canada trained at Investors Group Field on Tuesday. “This is the whole purpose of playing in Canada and bringing these top teams here so that we can fill stadiums and get a sense of what it’s going to feel like in 2015.”

Thursday marks the start of a very difficult home season in 2014 as the game against the Americans precedes a game against Germany in June in Vancouver, BC, and a pair of games against current World Cup holders Japan.

These are the teams Canada will have to find a way past in 2015 and these opportunities at home against teams where the hosts would be considered underdogs will bring valuable lessons that will hopefully pay off when it matters most.

Just as he gives his team pep talk before every match, Herdman wants to do the same with the fans in attendance on Thursday night and he hopes they heed his words of advice and carry the Canadians over the line to get a result against arguably the toughest team in the world to beat.

Tickets are still available for the match, starting at only $20 (plus applicable fees), via Ticketmaster.ca or by visiting Investors Group Field box office (check opening hours).

Fans across the country can also make sure to get in on the action by following Canada Soccer and Canada WNT on @CanadaSoccerEN, CanadaSoccer TV and canadasoccer.com.