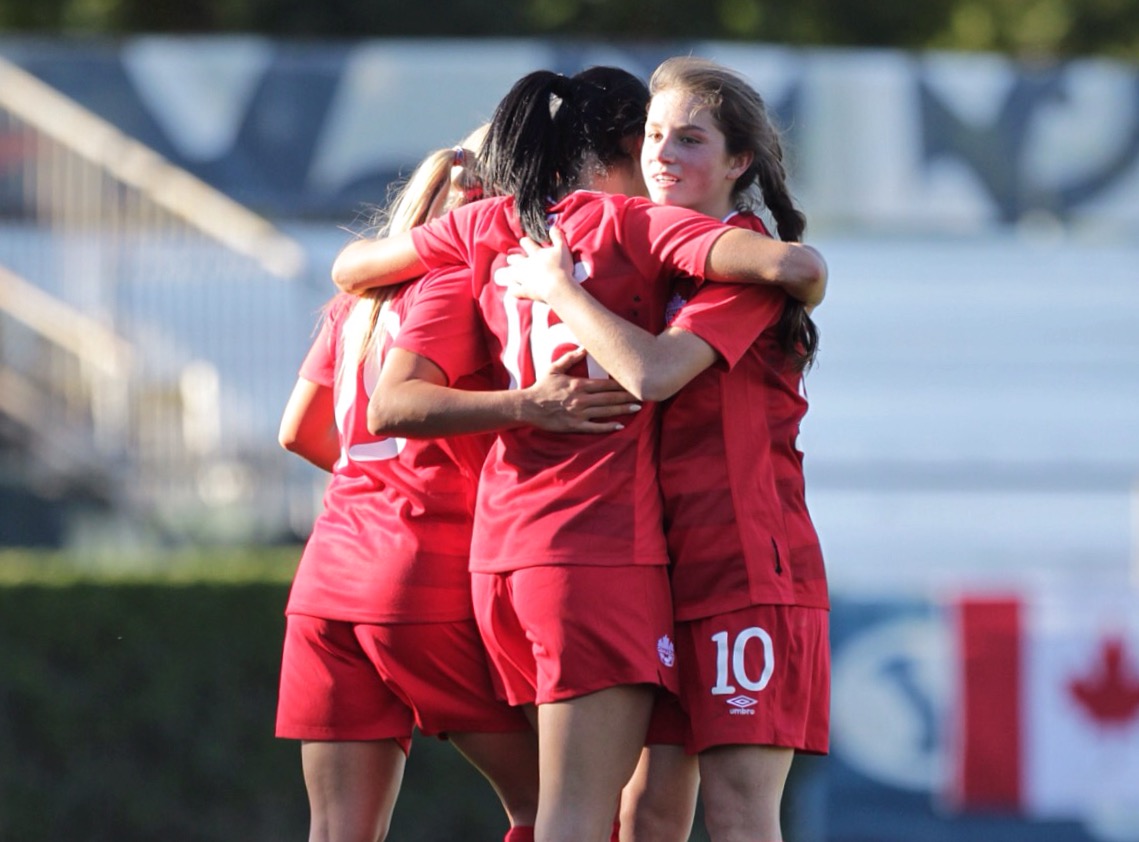 Canada WNT in control in first of two games against Sweden

The Canadian team were scarcely under too much trouble and got the goal they needed to pick up a 1:0 win over Sweden in the first of Women’s International Friendlies between the two nations.

In their penultimate game of 2014, Canada’s Women’s National Team looked like a confident group of players that are fired up about hosting the world in 2015.

That appearance was reflected in the performance and result as the Canadian team were scarcely under too much trouble and got the goal they needed to pick up a 1:0 win over Sweden in the first of Women’s International Friendlies between the two nations.

“I thought it was a game that Canada dominated in possession with a team that looked like they were trying to impose themselves,” said Head Coach John Herdman. “We knew Sweden would be direct and trying us on the counter. We had a 15-minute period after halftime where we wobbled, but outside of that, I thought we were in control of the game.”

Herdman stated before the game that the team’s shifting gears from a development phase to one where the performance should result in wins on a FIFA Women’s World Cup stage. Monday was a close game at times but was one where Canada deserved the result and found the breakthrough they needed to snatch it.

Sweden came back after the halftime interval and asked a few questions of the Canadian back line. But each time, Canada handled those situations relatively comfortably and dictated the outcome of the game very well.

“I thought what was great is the girls, tactically, just adjusted, and weathered the storm. I thought we got back hold of the ball again, which changed the momentum of the game,” said Herdman. “Towards the end, we had a couple of one-on-ones with their goalkeeper. This is a solid performance and I really am proud of what these girls have put in.”

Goalkeeper Erin McLeod picked up the clean sheet in her 100th appearance at the international ‘A’ level for Canada. McLeod is the 12th Canadian to join the centurion club for Canada and is the second goalkeeper after Karina LeBlanc.

Canada will want a similar performance on Wednesday night (26 November 22.00 ET / 19.00 PT) when they’ll look to wrap up the year on a high in a rematch with Sweden at Long Beach State University. Fans will be able to follow live on Twitter @CanadaSoccerEN.