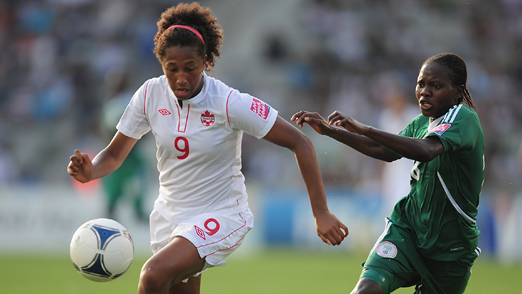 The 23-player squad will take part in a seven-day training camp in Tampa Bay, Florida.

The EXCELeration program has been put in place by the Canadian coaching staff to help bridge the gap from the U-20 level to the senior program.

Andrew Olivieri, who will lead the EXCELeration program camp in Tampa Bay, stated that the developmental camps are intended to provide additional programming for university-based players looking to make the transition to the elite level of international football.

“The EXCELerartion program is an important element of our Women’s Excel Pathway,” said Olivieri.

“Where there has been a significant gap in programming for university-based players trying to integrate into the Women’s National Team, we will now provide additional support and activity for our most promising players to accelerate their development towards senior team benchmarks.”

The youth-focused camps, which will primarily feature players from the U-18 to U-23 age groups, will also provide an opportunity to integrate players that have previously not been a part of Canada’s national team programs in recent months.
“We will be exercising proper due diligence throughout these first few camps while we identify new players that have not yet been seen by our Women’s Excel staff over the past 18 months,” stated Olivieri.

“We’ll also have another good look at some of our most promising players in the U-18 to U-23 player pool to develop a clear understanding of who our EXCELeration players truly are.”