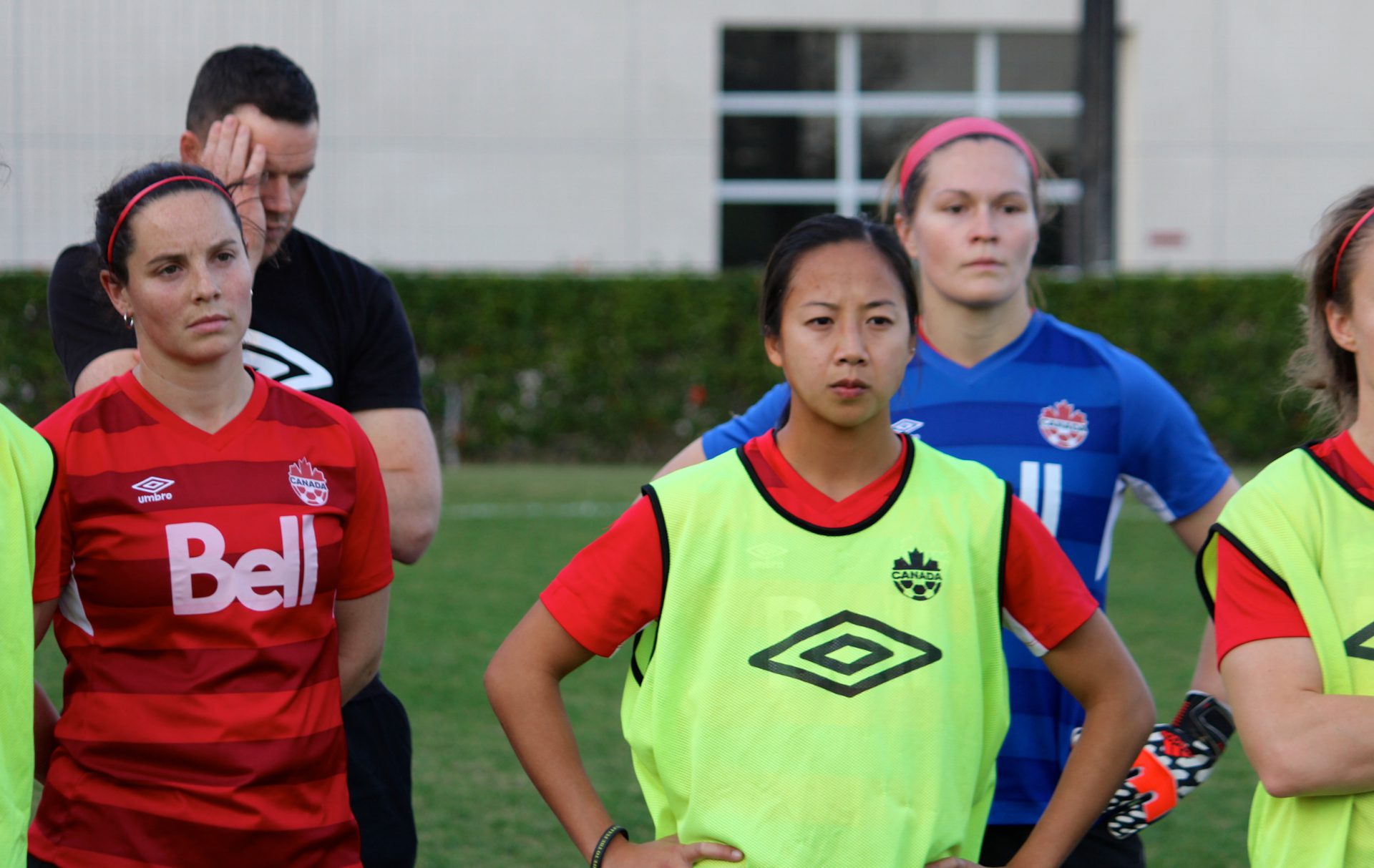 On Monday, Canada will play Sweden in the first of two Women’s International Friendlies near the California coastline as both countries continue their preparations for June’s FIFA Women’s World Cup Canada 2015™.

Canada’s Women’s National Team may be completing their 2014 calendar behind closed doors but the preparation is just as intense as if they were playing in front of thousands.

On Monday, Canada will play Sweden in the first of two Women’s International Friendlies near the California coastline as both countries continue their preparations for June’s FIFA Women’s World Cup Canada 2015™.

“You’re starting to ramp it up and change gear. We’ve been developing for a two-and-a-half year period but your best now has got to be good enough,” said Canadian Head Coach John Herdman. “That’s the reality. It’s not about being better than the player next to you. It’s about being good enough to win a Women’s World Cup in a once in a lifetime opportunity in Canada.”

The last time the teams met was in 2012 at the Olympics in London. On that day, Sweden jumped out to an early 2:0 lead but Canada fought back through two goals from Melissa Tancredi and Canada scored a valuable point that booked them a spot in the tournament’s quarterfinals.
These teams generally have had pretty even games and Monday’s is expected to be no different. And with coaching staffs from both teams needing to start making some decisions with the FIFA Women’s World Cup 2015 approaching, both games should be feisty encounters.

“You want to see them put a performance in that’s closer to be something that could get you through to the latter stages of a FIFA Women’s World Cup,” said Herdman. “That’s what we’ve got to be pushing towards now. We’ve changed gears in the environment a bit. The players are being put under more pressure as they have to start moving from an improve phase to a perfect phase.”

Both games take place behind closed doors with Monday’s action taking place on the campus of Loyola Marymount University and Long Beach State University the venue for Wednesday night’s game.

Fans will be able to follow the matches live via Twitter @CanadaSoccerEN and read a full match report on canadasoccer.com.