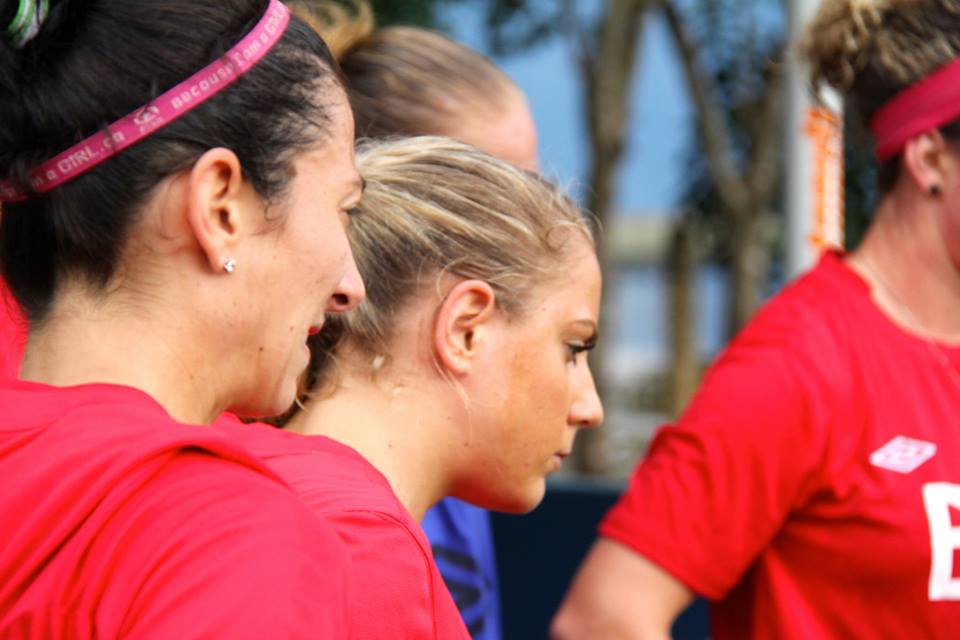 Canada WNT preparing for an unknown entity in Chile

Canada’s Women’s National Team is sailing into the unknown as they wrap up final preparations for their second game of the Torneio Internacional de Futebol Feminio in Brasilia, BRA.

After beating Scotland 2:0 on Thursday night to open the tournament, Canada now comes up against Chile (Sunday 15 December, kickoff 18.00 local / 15.00 ET / 12.00 PT)—a team they have never played against and which had essentially been mothballed from the end of the 2011 Pan American Games in Guadalajara, MEX until they lost to the hosts Brazil 2:0 in their opening game of the tournament.

While there has been so little footage to study of Sunday’s opposition, Canadian Head Coach John Herdman and his staff have been able to glean some bits of information that will prove useful.

“They’re going to work hard, I know that,” said Herdman, after Canada trained in conditions that were at times very hot on Saturday. “They made sure in the Brazil game that they stayed in it whistle to whistle and I thought that was really cool. They looked under the cosh for the first 20 minutes and then they started to settle into the game so we know it’s going to be a tough match.”

Thursday’s win was one of the best all-round performances by Canada in some time and now they key will be to try if they can get back-to-back stellar performances. But it’s also chance to get some different players a run out.

There will likely be a few new faces on the field on Sunday but the hope is that no matter who’s on the field, the performance will be the same.

“Every day you’re striving towards that level of consistency,” said Herdman. “The statistics that came out of the Scotland game, we’ve never had that against that level of opposition in the time I’ve been here, even pre-Olympics so there was something unique about that performance.”

A win all but assures Canada a spot in the tournament’s final on 22 December but after Chile, there’s still one more group stage game that comes on Wednesday 18 December against the Brazil.