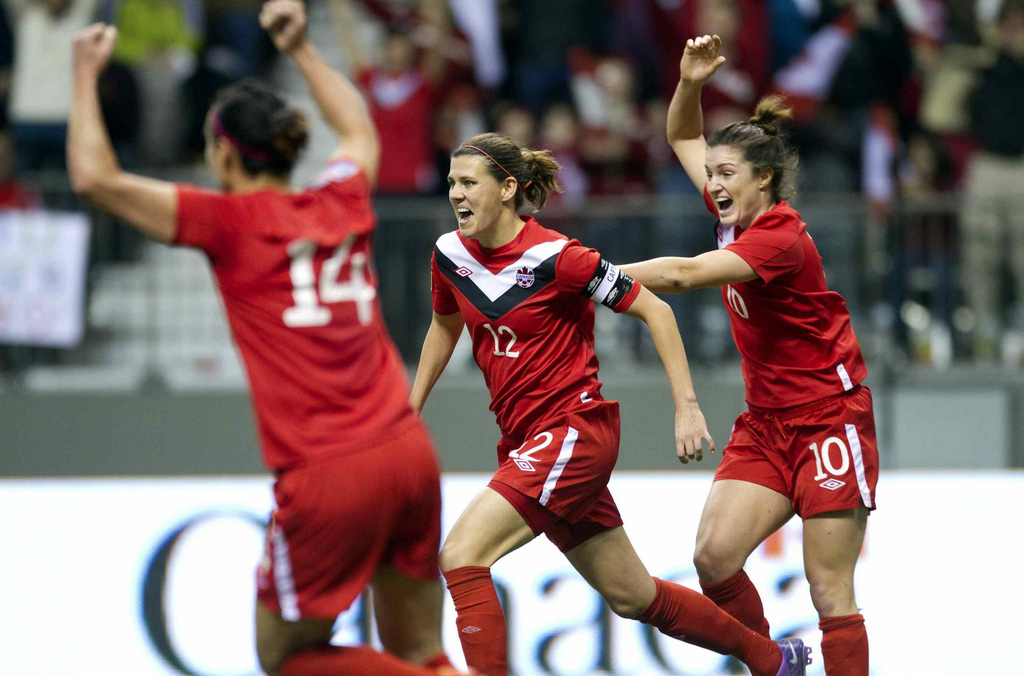 Canada will take on China PR on Wednesday 30 May 2012 in a Women’s International Friendly at Stade Moncton Stadium in Moncton, NB, Canada (kickoff 20.00 local).

Canada will take on China PR on Wednesday 30 May 2012 in a Women’s International Friendly at Stade Moncton Stadium in Moncton, NB, Canada (kickoff 20.00 local).

With a core group of the Canadian players training as a unit in a residency camp in Vancouver since 16 April, Head Coach John Herdman is satisfied with the perspective and focus his side is showing leading up to the match.

“The team is in great spirit and is working hard towards a common goal, preparing for the Olympics,” said Herdman following training on 27 May. “Sometimes it’s harder to stay focused on the end result rather than every single match along the way, but this team has shown it is ready to put in the work.”

The event on 30 May will be the first Canadian match staged at Stade Moncton 2010 Stadium. The match will also allow the Canadian Soccer Association to share its 100th anniversary with the soccer community in Atlantic Canada.

Tickets to the Canada-China PR match are still available at tickets.moncton.ca, by phone at 1.888.720.5600 or in person by visiting the Moncton Coliseum Box Office. The match will be broadcast live on Sportsnet One across the country. Fans can also follow the match on Twitter @CanadaSoccerEN. Complete post-match coverage will be available at CanadaSoccer.com, as well as via CanadaSoccerTV.

Canada has already played 11 international matches this year, posting a record of eight wins and three losses. At the end of March, Canada posted a win and a loss, with a 2:1 victory over Brazil on 24 March (in Foxboro, MA, USA) and a 1:3 loss to Sweden on 31 March (in Malmö, Sweden). Earlier in the year, Canada finished second at the 2012 Cyprus Women’s Cup (March) and second at the 2012 CONCACAF Women’s Olympic Qualifying tournament (January).

Canada will participate in the London 2012 Women’s Olympic Football Tournament from 25 July to 9 August. This will mark Canada’s second participation in the Women’s Olympic Football Tournament, following a quarter-final finish at Beijing 2008. Following the match in Moncton, the Canadian team will head to Sandy, Utah, for an away Women’s International Friendly match on 30 June against the USA.