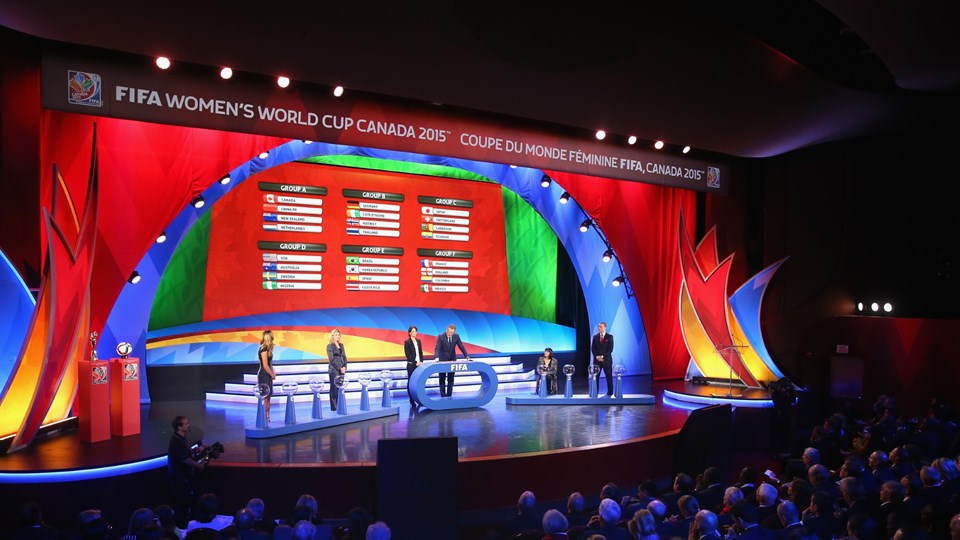 From 129 competing nations, Canada will be one of the 24 finalists that take part in next year’s FIFA Women’s World Cup Canada 2015™.

Six months to the day to the start of the FIFA Women’s World Cup Canada 2015TM and the trail Canada’s Women’s National Team will have to tread became clear.

It’s a tough start for Canada, as they’ll take on China PR to open the tournament on 6 June in Edmonton. China PR are the runners-up from the FIFA Women’s World Cup China 1999 qualified for this tournament by finishing third at the 2014 AFC Women’s Asian Cup.

Canada has won the last four meetings between the two nations but they are always very close games, with three of the meetings decided by a single goal.

Next up after for Canada will be the Oceania Champions on 11 June as Canada will take on New Zealand. Canada’s Head Coach, John Herdman, was in charge of New Zealand from 2006-11 before he came over to Canada.

These teams last met in 2012 with Canada coming away with a 2:0 victory.

The team heads east where they’ll finish up group play on Monday 15 June against the Netherlands, one of the last teams to qualify for next summer’s tournament after they beat Italy in a playoff.

Canada has never lost to the Dutch but three of the last four games between the two teams have been decided by the goal and Herdman calls that team the ‘dark horses of the tournament.’

From 129 competing nations, Canada will be one of the 24 finalists that take part in next year’s FIFA Women’s World Cup Canada 2015™. The 52 matches in the final competition will be played from 6 June to 5 July. Coming off a CONCACAF Women’s Championship title in 2010 and an Olympic bronze medal performance at London 2012, Canada is ranked as one of the top-10 nations with an excellent opportunity to win a medal come 5 July 2015.

There has been tremendous interest in tickets in the first few weeks of sales. The target for all 52 matches is 1.5 million spectators. Matches will be played across six host cities from coast to coast across Canada, giving all Canadians an opportunity to be a part of the competition. The six host cities are: Vancouver, British Columbia; Edmonton, Alberta; Winnipeg, Manitoba; Ottawa, Ontario; Montréal, Québec; and Moncton, New Brunswick.

The Final Match will be played at BC Place in Vancouver on 5 July 2015.

Tickets to the FIFA Women’s World Cup Canada 2015™ are available via FIFA.com/Canada2015.