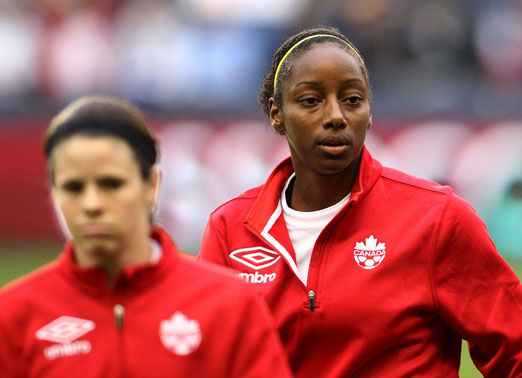 Canada will face Colombia in a Women’s International Friendly match this Monday 9 July 2012 in Switzerland. The match is part of preparations for both teams in advance of the London 2012 Women’s Olympic Football Tournament. The Monday night match kicks off a 21.00 local.

This will mark just the second international encounter between Canada and Colombia. The two sides met last October at the Pan American Games in Guadalajara, Mexico, with Canada coming out on top with a 2:1 victory. Defender Robyn Gayle – in her 50th international match – was the goal-scoring hero with an 88th minute volley to win the match.