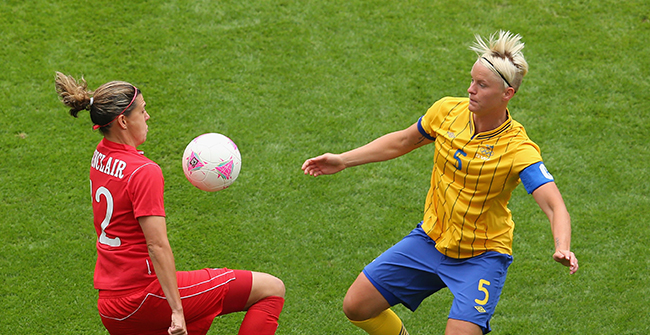 Canada WNT to face Sweden in pair of closed-door friendlies

Canada WNT is set to face Sweden for two International Friendly Matches in Los Angeles, CA, USA on 24 and 26 November 2014

The Canadian Women’s National Team is set to face Sweden for two International Friendly Matches in Los Angeles, CA, USA on 24 and 26 November 2014 (kick off times and venues to be determined).

Sweden secured its spot for the competition in late September after a hard-fought qualifying nettle with Scotland.

Canada’s last encounter with Sweden was at the London 2012 Women’s Olympic Football Tournament when a last minute two-goal comeback draw got Canada through to the quarter-final stage of the tournament, subsequently going on to capture a bronze medal and the hearts of millions of Canadians.

The two matches will be closed to the public but fans will be able to follow the match live on Twitter @CanadaSoccerEN.