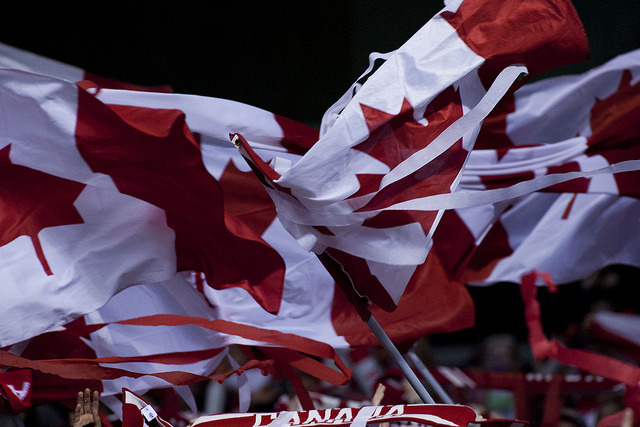 The Canadian Soccer Association has announced that Canada will host China PR in a Women’s International Friendly match on 30 May 2012. The match will be played at Stade Moncton 2010 Stadium in Moncton, NB with 20.00 local kick-off time (19.00 ET / 16.00 PT).

“This match against China PR is an important part of our plan to ensure our team has the right amount of games as well as the right level of opposition in our preparations for London,” said John Herdman, Canada’s Women’s National Team Head Coach. “We will look at making the most out of any opportunity to continue our work towards the Olympic podium.”

The match will be played at recently built Stade Moncton 2010 Stadium, located on the University of Moncton campus. Additional event information including ticket sales details will be released in early April.

“The Canadian Soccer Association is pleased to bring world-class soccer to the East Coast and to stage, on Canadian soil, this important preparatory match for the Women’s National Team on the road to the London 2012 Olympics,” said Peter Montopoli, Canadian Soccer Association’s General Secretary. “We are confident Moncton will prove to be a supportive and enthusiastic home crowd.”

“We’re absolutely thrilled to host the Canadian women’s soccer team in an international friendly match against China PR,” said the City of Moncton’s Deputy Mayor, Kathryn Barnes. “It’s another great opportunity to showcase the Stade Moncton Stadium as it reinforces the merits of our investment in top-notch sport infrastructure. It’s also a fantastic opportunity for Monctonians-and all Atlantic Canadians-to watch world-class women’s soccer and to cheer on our women’s national team as they prepare for the 2012 Olympics in London. I want to thank the Canadian Soccer Association for choosing Moncton to host this game.”

Canada will compete in the London 2012 Women’s Olympic Football Tournament from 25 July to 8 August, with competition groups and fixtures yet to be announced. In late March, Canada will face former FIFA Women’s World Cup silver medal winners Brazil (2007) and Sweden (2003) in Women’s International Friendly matches. The Canada-Brazil match is 24 March in Boston, MA, USA while the Canada-Sweden match is 31 March in Malmö, Sweden.

This will be Canada’s second Women’s Olympic Football Tournament, having reached the quarter-final phase at Beijing 2008. China PR, meanwhile, is in a rebuilding phase after failing to reach this year’s Olympics. China PR has a very strong women’s football tradition, having won a silver medal at both the Atlanta 1996 Olympics and FIFA Women’s World Cup USA 1999. China PR recently finished 9th at the 2012 Algarve Women’s Cup, a 12-team tournament that featured four Olympic-bound teams.

Canada is coming off a second-place finish at the 2012 Cyprus Women’s Cup, a 12-team tournament. Earlier this year, Canada earned their Olympic berth with a silver medal at the 2012 CONCACAF Women’s Olympic Qualifying tournament in Vancouver.