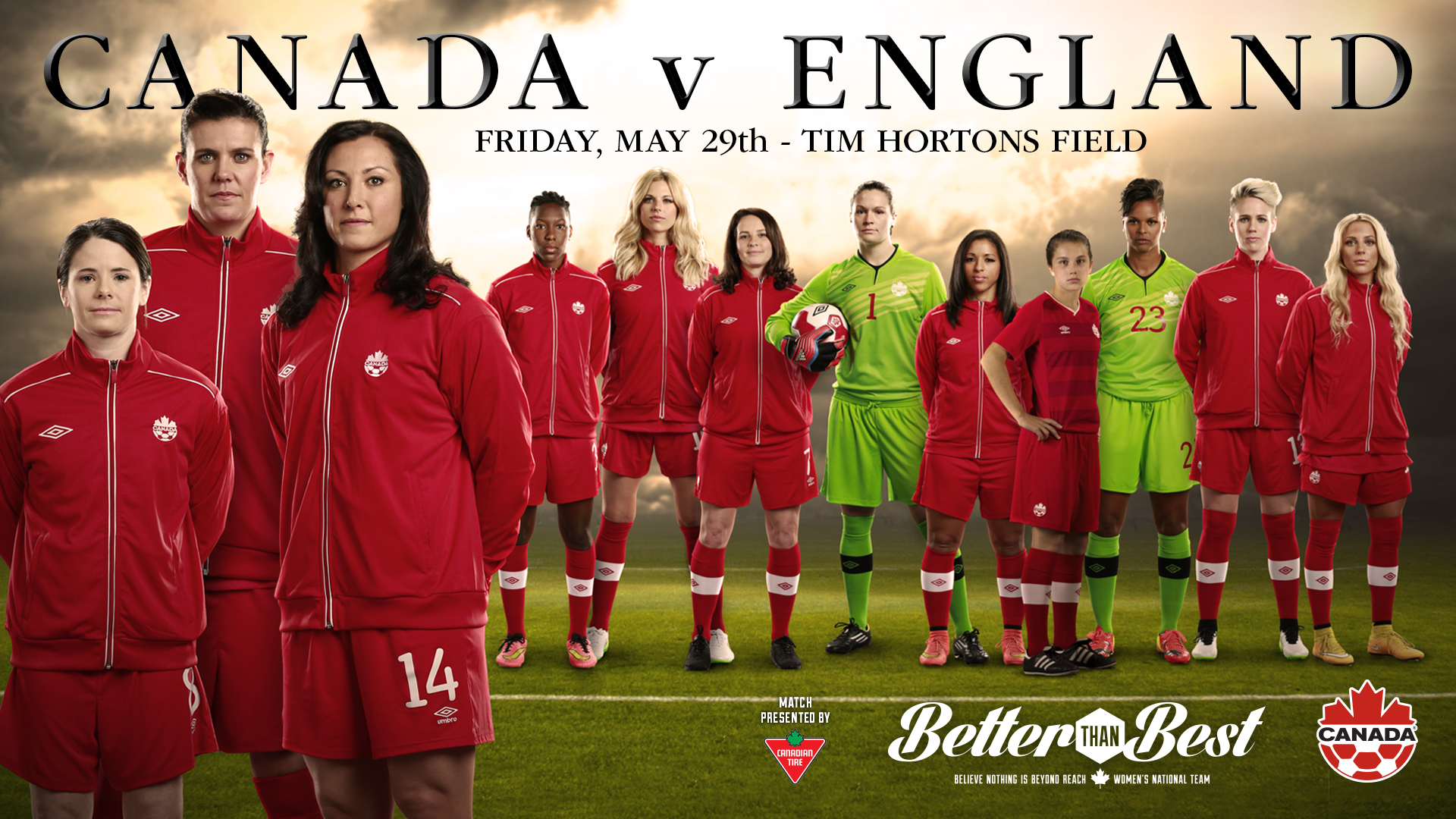 Canada’s Women’s National Team will play host to world ranked number 6 England in what will be the team’s last match before the start of the FIFA Women’s World Cup Canada 2015TM. The match-up between these two rivals, presented by Canadian Tire, will take place on home soil, at Tim Hortons Field in Hamilton, ON, on Friday 29 May, 2015 (kick off 19.00 local).

“Canada Soccer is excited to bring top women’s international soccer to Hamilton for the first time,” said Victor Montagliani, Canada Soccer President, ahead of the announcement. “More importantly, this will be a thrilling event and an incredible opportunity for fans in the southern Ontario area to see our Women’s National Team in action before they set out to compete at this summer’s FIFA Women’s World Cup, Canada 2015TM.”

This match’s importance reaches far beyond technical preparation for the team. It will also be an opportunity for the fans to see the team in action and demonstrate their support ahead of the competition.

In an effort to fill the stadium and make this a family-affordable event, ticket prices will start at $15 (plus applicable fees). Community soccer and group discount offers will also be available.

Tickets will go on sale Tuesday 31 March and all the details can be found on canadasoccer.com/canWNTvENG.

“We look forward to our first Canada Soccer international event at the new Tim Hortons Field, and to see Hamilton fans show up in numbers, wearing red and cheering loudly,” concluded Montagliani.

As this match will mark the official “send-off” for the team before the start of the FIFA Women’s World Cup Canada 2015TM, special activities for fans will be organised around the match to highlight the event.

Canada kicks off its quest at the FIFA Women’s World Cup Canada 2015TM on 6 June when it will face China PR at Edmonton’s Commonwealth Stadium. The squad will then have to top New Zealand (Edmonton, 11 June) and the Netherlands (Montreal, 15 June) in order to continue in the competition, which will conclude with the championship match in Vancouver on 5 July.