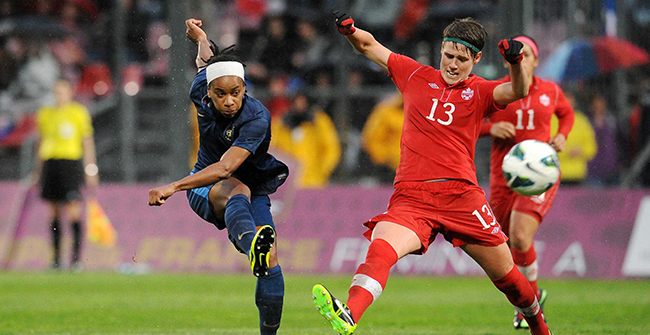 Canada will continue the preparation towards this summer’s FIFA Women’s World Cup Canada 2015™ with a Women’s International Friendly match on 9 April 2015 (21.00 local kick off) in Bondoufle, France.

After a successful BaoAn Cup in Shenzhen, China, this January and a regular participation in the Women’s Cyprus Cup tournament (2-12 March 2015), Canada’s Women’s National Team will make the trip across the Atlantic Ocean to face France, currently ranked 3rd in the world and Canada’s 2012 Olympic bronze medal match worthy opponent. Canada WNT had also played France to a 1:1 draw in 2013 in Nice.

Les Bleues will have to prove themselves against three highly ambitious nations in Group F England, Mexico and Colombia at the FIFA Women’s World Cup Canada 2015™. Canada meanwhile will see action in Group A.

Canada is one of 24 finalists for this summer’s FIFA Women’s World Cup Canada 2015™, which will be played from coast to coast across Canada from 6 June to 5 July. As hosts, Canada will kick off the tournament on 6 June in Edmonton, AB.