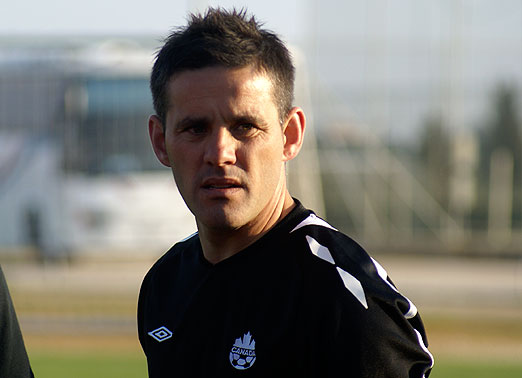 Canadian head coach John Herdman has selected 22 players for the 2012 edition of the Cyprus Women’s Cup. The 22 players were selected from a pool of 26 players that took part in the 10-day pre-tournament camp from 17-26 February in Larnaka, Cyprus.

Canada will compete in the fifth edition of the Cyprus Women’s Cup from 28 February to 6 March. Canada’s fixtures include 28 February against Scotland, 1 March against Italy and 4 March against Netherlands. The classification match will be played on 6 March.

Of the 22 Canadian players, only two are making their Cyprus Women’s Cup debut: fullback Lauren Sesselmann (Stephenville, NL) and forward Chelsea Buckland (North Delta, BC). Both players made their debut with the Canadian team in 2011.

Captain Christine Sinclair is Canada’s scoring leader with 11 goals in 15 Cyprus Cup matches since 2008. Christina Julien ranks second with four goals in seven matches. Sinclair, Karina LeBlanc and Rhian Wilkinson, meanwhile, are the only three Canadian players that have participated in all five editions of the Cyprus Women’s Cup (including 2012).

Nineteen of the 20 players that won a silver medal at the recent 2012 CONCACAF Women’s Olympic Qualifying tournament have been included in the 2012 Cyprus Women’s Cup roster. Additions to the Canadian roster are goalkeeper Stephanie Labbé, centreback Emily Zurrer and fullback Bryanna McCarthy.