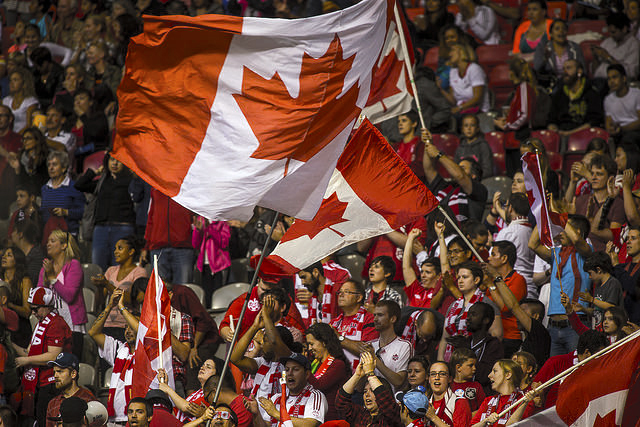 The sure to be thrilling match-up between these two rivals, presented by Canadian Tire, is already 75% sold out, but some great tickets are still available.

Now only 25 days out before the start of the FIFA Women’s World Cup Canada 2015™, momentum is picking up and fans across the country are showing their excitement. This keen interest is also true in Hamilton, ON, where on 29 May Canada’s Women’s National Team will host England in its final match before the start of the competition. The sure to be thrilling match-up between these two rivals, presented by Canadian Tire, is already 75% sold out, but some great tickets are still available.

“With just over two weeks to go until the Canada-England match, we are confident that with the continued participation of the Canadian soccer community we can fill the stadium,” said Peter Montopoli, Canada Soccer General Secretary. “This will undoubtedly offer the team a fantastic environment to play in and truly demonstrate the passion and support this country has to offer. This is only the beginning and we look forward to see what the team and their fans from coast to coast can accomplish this June!”

Response from community soccer clubs all over Southern Ontario has been tremendous, with over 175 groups securing tickets for the match. Groups of 10 or more, eligible to receive a discount of up to 30% off regular priced tickets, can still submit their requests by visiting canadasoccer.com/canWNTvENG and completing the online form.

Tickets for this family-affordable event start at $15 (plus applicable fees) and can be purchased via Ticketmaster.ca or visiting canadasoccer.com/canWNTvENG.

In addition, a limited quantity of Club Seats are available for fans looking for an enhanced match day experience. The purchase of a Club seat features a premium seating location with access to the private club lounge and complimentary food and non-alcoholic beverages. Club tickets are available via the Ticketmaster.ca event page.

This match’s importance reaches far beyond technical preparation for the team as it will also be an opportunity for the fans to see the team in action and demonstrate their support ahead of the FIFA Women’s World Cup Canada 2015™. As such, special activities for fans will be organised around the match to highlight the event, including an official Fan Fest prior to kickoff.

Finally, a dedicated Canadian Supporters section will be located in the North End Patio for this match. As per tradition, on match days, the Canadian Supporters Section, led by the Voyageurs, is the most colourful and boisterous part of the stadium as fans rally behind the team and demonstrate their support. Fans wishing to access tickets in this section can visit the Voyageurs ticket page. Fans considering joining this section should note that persistent standing is permitted in this section.

Canada’s Women’s National Team will host to world ranked number 6 England at Tim Hortons Field in Hamilton, ON, on Friday 29 May, 2015 (kick off 19.00 local).

Canada kicks off its quest at the FIFA Women’s World Cup Canada 2015™ on 6 June when it will face China PR at Edmonton’s Commonwealth Stadium. The squad will then face New Zealand (Edmonton, 11 June) and the Netherlands (Montreal, 15 June) with hopes to continue in the competition, which will conclude with the championship match in Vancouver on 5 July.