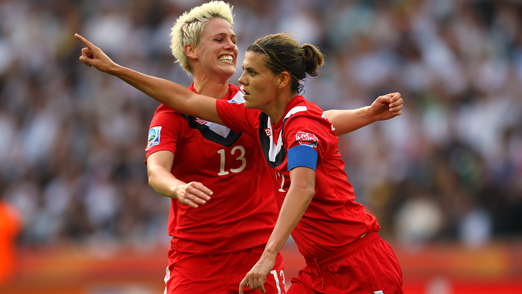 The six British Columbian representatives on Canada’s Women’s National Soccer Team are urging local fans to come out and support the team as it attempts to qualify for the London 2012 Women’s Olympic Football Tournament.The team will take part in the upcoming CONCACAF Women’s Olympic Qualifying tournament which kicks off 19 January at BC Place in Vancouver.

“The CONCACAF Women’s Olympic Qualifying tournament is a crucial event to our program as we will be competing for the right to represent Canada at the 2012 Olympic Games in London this summer,” said the six players in an open letter to the BC soccer community.

“There will be fierce competition as there are eight CONCACAF nations fighting for only two spots at the Women’s Olympic Football Tournament. We need to ensure that BC Place is packed with Canadian supporters to help us along our way.”

Led by Burnaby native Christine Sinclair, one of the unbridled stars of women’s soccer, Canada will need to be in top form as it takes on teams from North America, Central America and the Caribbean in its battle to qualify for London 2012.

Canada is fresh off of a gold-medal performance at the Pan American Games in Guadalajara, Mexico. Canada eliminated Brazil to claim the top prize at the tournament in October and November of last year.

The British Columbians on the Canadian team are also hoping their Olympic journey might motivate the province’s young soccer players to follow their dreams in the sport.

“We invite you to bring your young players out to BC Place to support us on our road to London 2012. We hope that we might be able to inspire the soccer youth of today to become Canada’s national team players of the future.”

Tickets for the event start at just $10 and Groups of 10 or more are eligible for a 20% discount, so the team is encouraging the BC soccer community to gather its teams to come support Canada in Vancouver.