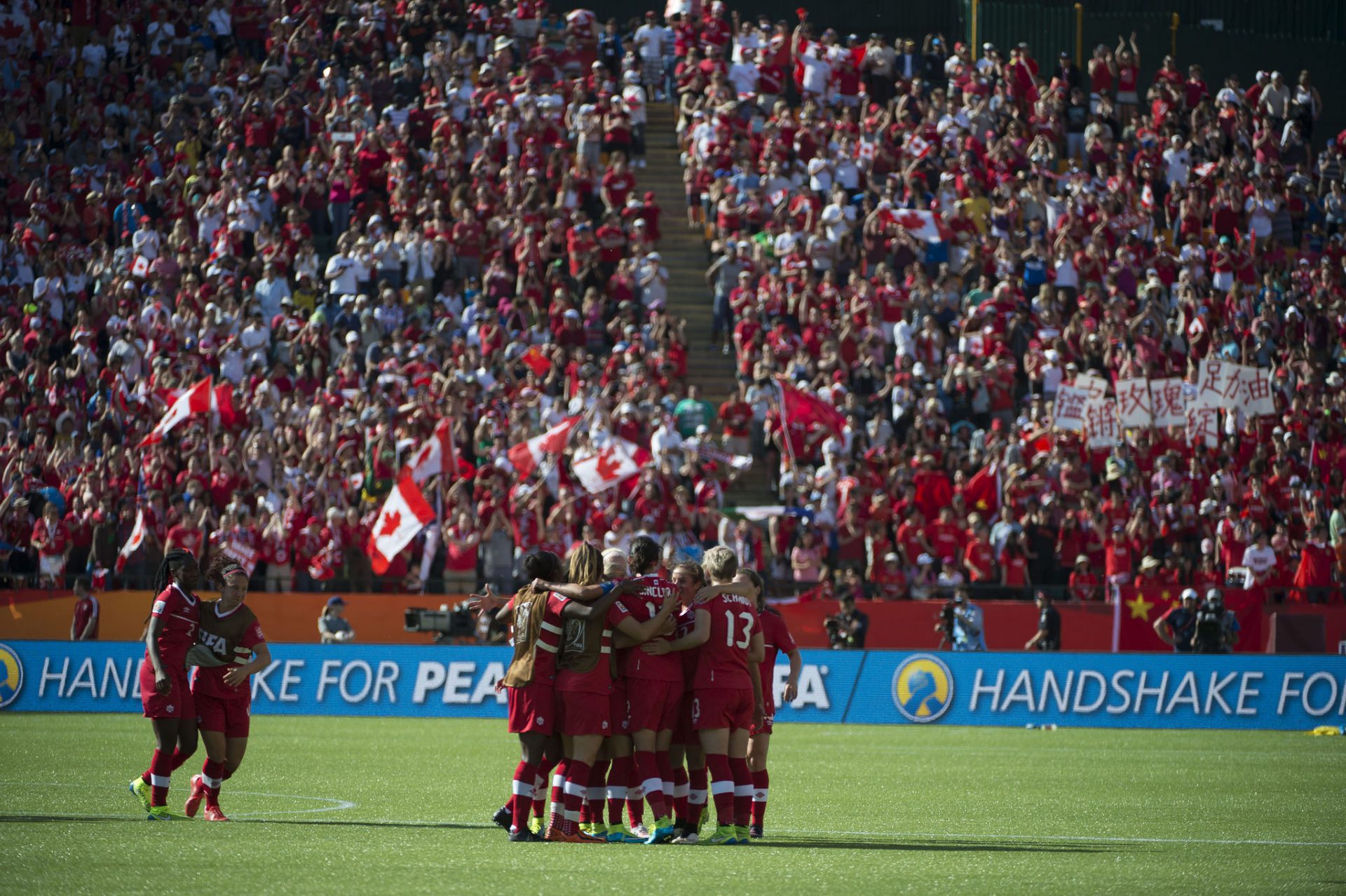 Sunday clash against world ranked number 19th will be played at BC Place, in Vancouver, BC at 16.30 local time (19.30 ET) and broadcast on CTV, TSN (TV and radio) as well as RDS.

Canada’s already historic run at the FIFA Women’s World Cup Canada 2015 continues this Sunday 21 June in Vancouver when the team faces Switzerland in the Round of 16. The Canadians won their group for the first time in the program’s history after Monday’s 1:1 draw against the Netherlands.

Canada’s next opponent, Switzerland, reached the second stage as one of the four best third place finisher, having cumulated one win and two losses for a total of three points in Group C action. Their decisive 10:1 win over Ecuador helped them get through on goal differential, which is the second determining factor (after points) FIFA used in selecting the best third ranked teams. (For more details on this consult FIFA Women’s World Cup Regulations article 27 & 28.)

On Monday, Canada stretched their unbeaten run versus the Dutch to 11 matches and as Group A winners emulated all previous host nations by reaching the knockout stages, despite conceding their first goal of the tournament.

The ladies in red have traveled to Vancouver on Tuesday in anticipation of the Sunday clash against world ranked number 19th. The match will be played at BC Place, in Vancouver, BC at 16.30 local time (19.30 ET) and be broadcast live on CTV, TSN (TV and radio) as well as RDS.

MULTIMEDIA ALERT: As per the previous round, Canada’s pre-match (20 June 18.15 ET / 15.15 PT) and post-match (21 June) official press conferences will be available for live streaming online at canadasoccer.com (Overview Tab).

The winner will advance to face the winner of England and Norway (Monday 22 June, 17.00 local, Ottawa, ON).

Tickets for the all-important Canada-Switzerland match are still available at fifa.com/canada2015.