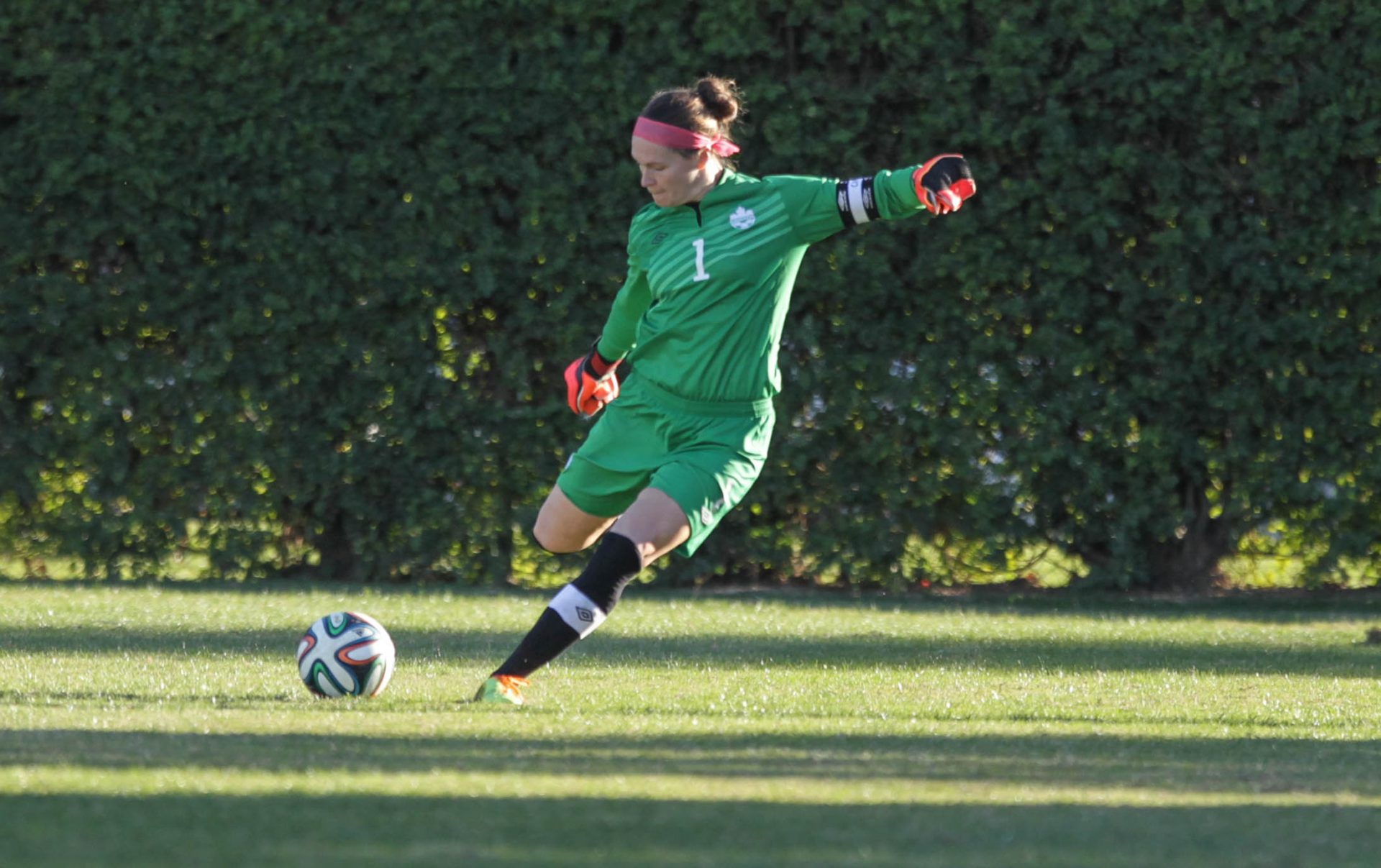 As a member of the group of players that burst into the national consciousness at the FIFA U-19 Women’s World Cup Canada 2002, goalkeeper Erin McLeod was one of the prominent members of the team as she backstopped the Canadians all the way to the final.

With her hair dyed a wild mix of red and white, McLeod was one of the heroines in the tournament’s semi-finals when Canada needed penalty kicks to beat Brazil.

McLeod had made her senior debut earlier that year against Wales at the Algarve Cup in Portugal. Just over 12 years later, McLeod was in goal for her 100th appearance at the international ‘A’ level on Monday as Canada beat Sweden 1:0 in a Women’s International Friendly at Loyola Marymount University in Santa Monica, CA, USA.

“(Christine Sinclair) gave me the (captain’s) armband and I was already in tears,” McLeod said with a chuckle after Canada trained in advance of Wednesday’s repeat fixture with Sweden.

“And then (Head Coach) John (Herdman) asked me to say a few things to the locker room and, fighting through my tears as I’m a sensitive emotional person, I just thanked everyone. I feel so grateful and I’m just so honoured that I get to play for these people every day.”

With two goalkeepers in camp, it’s expected that McLeod will take a rest on Wednesday with Stephanie Labbe likely to come in and get the start.

Labbe plays club soccer in Sweden with KIF Örebro so there will be some familiarity with Wednesday’s opposition.

Canada is deep in the goalkeeper position and as the younger of the two goalkeepers in camp, Labbe’s come through the system being able to learn from one of the best in the game.

“Being able to train alongside her and learn from her and just see the experience she has over the years is pretty exciting for me,” said Labbe. “I’ve learned so much just from watching her and just being around her all the time.”