Canada will face Australia, Zimbabwe, and Germany to kick off the Rio 2016 Women’s Olympic Football Tournament, with the goal to reach the podium once again as they did four years ago at London 2012. It will be a tough test, with Canada facing the two-time Asian champions Australia in their opening match on Wednesday 3 August.

“We will have to be at our best in every match to progress,” said John Herdman, Canada Soccer’s Women’s National Team Head Coach. “It will be about producing personal bests, with our young and veteran players pushing every day.”

From 12 nations divided into three groups, eight nations will advance to the quarter-finals stage: the top-two teams from each group plus the next two best nations. Four years ago, Canada won a bronze medal at the London 2012 Olympic Games, our country’s first medal in a team sport at a Summer Olympic Games since 1936.

Canada’s first two matches will be played at Arena Corinthians in São Paulo on 3 and 6 August. Canada’s first opponent are the reigning Asian champions Australia, who just last year finished in 7th place at the FIFA Women’s World Cup Canada 2015. This marks Australia’s first trip back to the Women’s Olympic Football Tournament since 2004 when they finished in fifth place.

In Zimbabwe, Canada will face an African nation making their debut at any level in a FIFA finals competition. Zimbabwe were one of two African nations to qualify for Rio 2016 Olympic Games, knocking off Cameroon last October.

On 9 August in Brasilia, Canada will face Germany, the two-time FIFA Women’s World Cup champions and eight-time European champions. Germany qualified for Rio 2016 as one of Europe’s top nations at the FIFA Women’s World Cup Canada 2015, finishing fourth overall. While they missed the last Olympic Games in London, they are three-time Olympic bronze medal winners from 2000, 2004, and 2008.

“We are also happy with our travel, having two matches in São Paulo followed by a third in Brasilia where we have been before,” said Herdman. In December 2013, Canada spent two-and-a-half weeks in Brasilia at the Torneio Internacional Brasilia.

The Rio 2016 Women’s Olympic Football Tournament runs from 3-19 August in Brazil. The quarter-finals are 12 August, the semi-finals are 16 August, and the both the bronze- and gold-medal matches are 19 August.Canada will participate in the Rio 2016 Women’s Olympic Football Tournament from 3-20 August in Brazil. Canada’s schedule and opponents were confirmed on 14 April through the Official Draw.

Following their eighth victory in 10 international matches this calendar season against Netherlands, Canada now looks forward to a pair of home matches in the province of Ontario: 4 June in Toronto and 7 June in Ottawa. Both matches in this Road to Rio Women’s International Series will feature Canada against Brazil, the hosts of this summer’s Rio 2016 Olympic Games.

“We’re very excited to come back home,” said John Herdman, Canada Soccer’s Women’s National Team Head Coach. “They will be incredible matches. Anyone who has watched us play against Brazil knows that they are the most-fiercely competitive matches. The fans are going to love it.”

Tickets to Canada Soccer’s Road to Rio International Series are available via CanadaSoccer.com/Tickets. 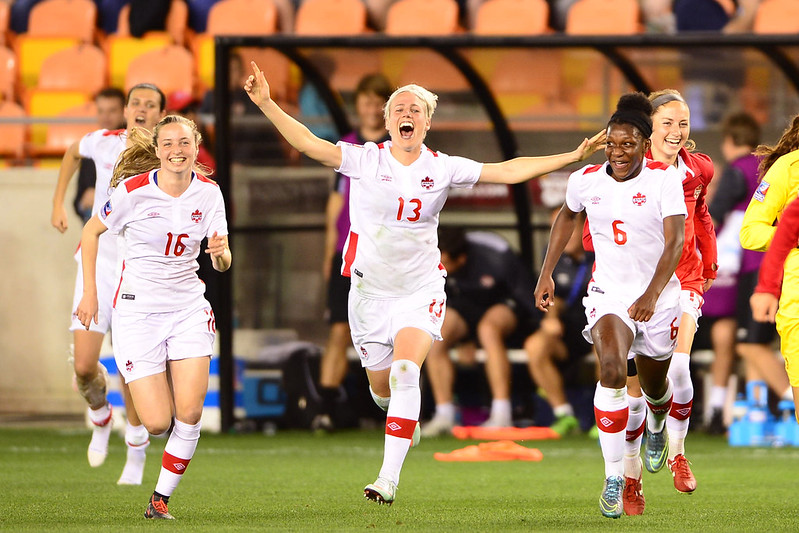