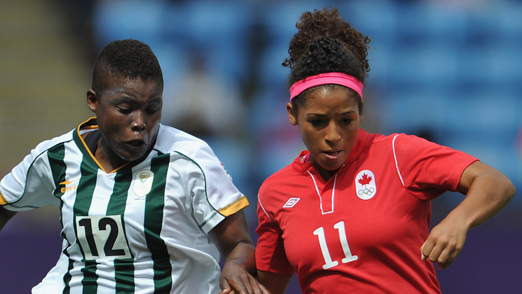 2012 was a year of unparalleled accolade for Canada’s Women’s National Team and Winnipeg, MB native Desiree Scott has just added another trophy to the cabinet.

Scott was named Manitoba’s Female Athlete of the Year for 2012 on Sunday 27 January at an awards dinner hosted by the Manitoba Sportswriters and Sportscasters Association in Winnipeg.

The tenacious Canadian midfielder was recognized for her key role in Canada’s highest-ever finish at a major international tournament – a bronze medal in Women’s Football at the London 2012 Olympics.

Scott and her Canada WNT teammates will be back in action in early March at the 2013 Cyprus Cup in Europe. The tournament runs 4-13 March at various venues in Cyprus.